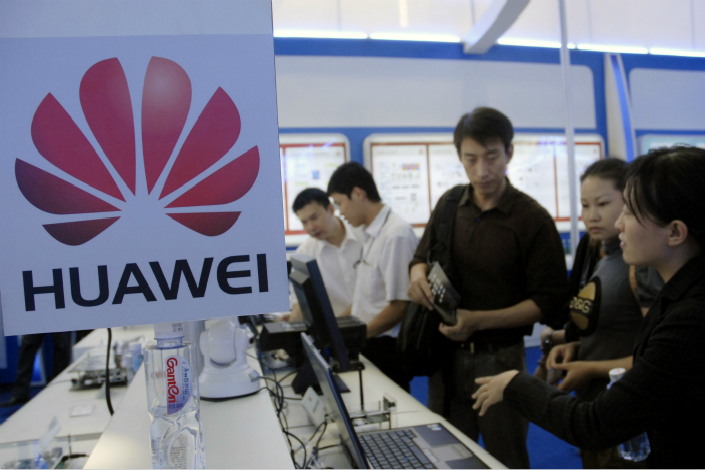 Huawei Technologies Ltd. said it sold 73 million smartphones in the first half of the year, generating 105.4 billion ($15.64 billion) yuan in revenue. Above, Huawei participates in the China Hi-Tech Fair in Shenzhen in October 2007. Photo: Visual China

Telecom equipment-maker Huawei Technologies Ltd. said its smartphone sales rose 20.6% in the first half of the year as it consolidated the leading position in its home China market and edged up the value chain with more high-end sales.

Huawei said it sold 73 million smartphones in the first half of the year, generating 105.4 billion ($15.64 billion) yuan in revenue, according to a company statement.

While unit shipments were up 20.6%, Huawei’s smartphone revenue growth in the six months through June was up by a much-higher 36.2%, equating to an average price per phone of 1,444 yuan. That faster revenue growth indicated the company’s average price per phone was rising, as Huawei tries to move away from the ultracompetitive lower end of the market into the less-crowded, more-profitable higher end.

“Our consumer business group continued to deliver extraordinary growth, beating the industry average and penetrating high-end markets around the globe,” said the group’s CEO, Richard Yu. “This ongoing growth is testament to the strength of the Huawei brand and the momentum we’ve built through delivering premium, market-redefining devices.”

Huawei reported the first-half global figures the same week that independent market research Canalys said Huawei shipped 23 million phones in the second quarter in China, leading its home market for the second consecutive quarter. Overall smartphone shipments in China, the world’s largest market, fell 3% to 113 million units during the quarter, according to Canalys.

Huawei has emerged as China’s first world-class smartphone brand, drawing on its strong roots in telecommunications. The company was one of China’s earliest high-tech exporting success stories, and has become one of the world’s top suppliers to Western carriers in Europe.

But its older networking equipment has been locked out of the U.S. over national security concerns, and the broader global market for such products is also slowing. By comparison, smartphones are less sensitive, and Huawei has also entered the laptop computer space as it focuses more on consumer products. The smartphone business accounted for about 37% of the company’s 283.1 billion yuan in first-quarter revenue.