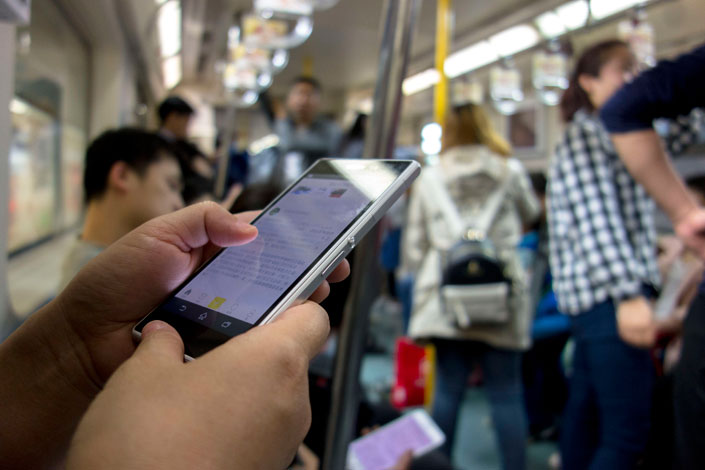 Huawei Technologies Co. Ltd. surged past former leader Oppo Electronics Corp. to retake the No. 1 spot, winning 20% of the market during the first quarter of 2017. Photo: Visual China

(Beijing) — Huawei retook the spot as China’s top smartphone seller in this year’s first quarter, while global tech giant Apple continued to struggle due to a lack of new products in the crowded market, according to new data released on Thursday by IDC.

At the broadest level, the world’s largest smartphone market grew a scant 0.8% in the first quarter, with 104 million units shipped, IDC said. Huawei Technologies Co. Ltd. surged past former leader Oppo Electronics Corp. to retake the No. 1 spot, winning 20% of the market during the three-month period.

But while the top three posted year-on-year growth, Apple Inc. saw its China sales plummet 26.7% in the quarter. That was still enough to retain the No. 4 spot, even as the U.S. tech giant’s market share tumbled to 9.2% in the first quarter from 11% in the final three months of 2016.

“Apple has been seeing double-digit year-on-year declines for the fifth quarter in a row, but we believe that Chinese consumers are holding out for the launch of Apple’s 10-year anniversary iPhone at the end of the year, and this will help Apple see a rebound in the China smartphone market,” IDC analyst Tay Xiaohan said.

The third-party data on Apple’s eroding position came a day after the company released its own latest quarterly results, which showed its Greater China sales fell 14% in its fiscal quarter through April 1.

The company attributed the weakness partly to negative effects of a strong U.S. dollar, while analysts said Apple was also being hurt by a lack of new models. The fiercely competitive China market is now Apple’s only major global region where sales are still declining following a difficult period for the company.

While Apple’s performance continued to sag, former smartphone highflier Xiaomi saw some positive signs in the quarter, amid a major retrenchment following its meteoric rise and equally fast decline over the last four years. Xiaomi retained its overall No. 5 position for the quarter, with sales slipping 7.5% from the previous year. But on a sequential basis, the company managed to boost its market share to 9% in the first quarter from 7.4% at the end of last year.