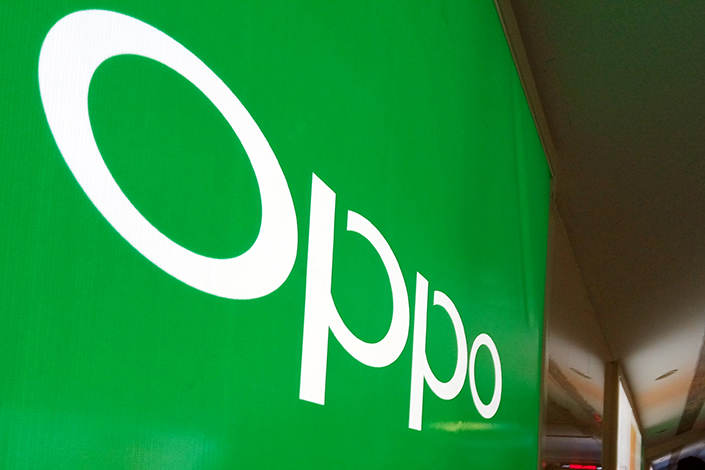 Chinese smartphone maker Oppo has become the target of protests in India after a company official tore down a poster of India's flag and threw it in a garbage can. Photo: IC

(Beijing) — A large protest broke out at an Indian factory used by smartphone maker Oppo Electronics Corp. after a Chinese inspector at the facility threw a poster of India’s flag in a trash can, a person familiar with the situation said.

The Monday incident that sparked the case involved an Oppo employee who was conducting product inspections at the plant, said the source, speaking on condition of anonymity due to the sensitive situation. An Oppo spokesman in China had no immediate comment on the situation.

The resulting confrontation, which saw hundreds of people demonstrate against the company, comes as a newly minted field of Chinese smartphone makers move aggressively into India, seen as a major new market beyond their home country. That movement saw Chinese firms take four of the top five spots in India’s smartphone market in last year’s fourth quarter, including Oppo as the fourth-largest player with an 8.6% share, according to data tracking firm IDC.

According to Indian media reports, the incident that sparked the protest occurred at a factory in the city of Noida near New Delhi. Upset employees who saw the act as disrespectful gathered outside the building, where hundreds of people protested. Indian media reported that Oppo issued a statement the next day saying it regretted the situation and would take appropriate action, although a company spokesman in China could not confirm the statement’s content.

Another report said the facility remained closed on Thursday, and that Oppo had issued an additional statement saying its own investigation confirmed the incident involving the flag poster had occurred and that the act represented an individual’s behavior and not the company’s views. It wasn’t immediately clear if the factory remained closed on Friday.

Oppo has been one of China’s most aggressive smartphone makers in India, announcing plans at the end of last year to build a $200 million manufacturing base in the country. Earlier this month, the company also signed a $160 million sponsorship deal with India’s national cricket team as part of Oppo’s effort to boost its profile by backing one of the country’s most popular past-times.