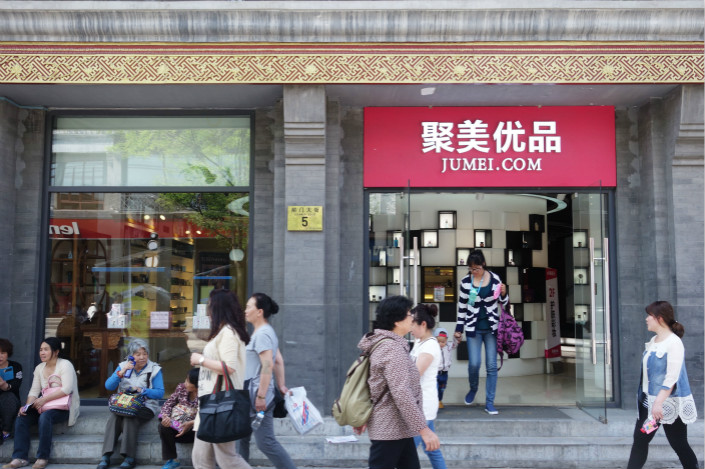 More than a year after launching privatization bids that later stalled, two U.S.-listed Chinese firms are being badgered by an activist shareholder to resolve their situations and stop a hemorrhaging of shareholder value partly tied to their state of limbo.

The pair of bids were part of a broader wave that saw about three dozen U.S.-listed Chinese firms announce privatization campaigns during a movement that crested in the first half of 2015. Most of the offers were led by management teams who believed their stocks were undervalued by New York investors, and thought they could get better valuations by re-listing in China.

Of the three dozen companies that launched bids, about two-thirds completed their de-listings, according to a Caixin analysis. Several companies formally scrapped their bids, leaving a handful like Jumei and iKang in a state of limbo where their offers technically remain active but no movement has occurred in more than a year.

In its letter to Jumei, Heng Ren complained that the management-led offer of $7 per American Depositary Share “substantially undervalues the company.”

“Since (the privatization) announcement in February 2016 a series of mistakes has caused the stock of China’s leader in online cosmetics retail to collapse by as much as 45.2%, while online shopping is booming in China,” Heng Ren wrote. “During (the) 18-month debacle, $397 million in Jumei’s market value has been destroyed.”

Jumei Chairman Chen Ou responded with a posting on his microblog addressing some of the major points in Heng Ren’s letter related to its strategic decisions. It also refuted Heng Ren’s claim that Jumei’s management team had become unreachable since launching the bid, saying its team had frequent interaction with its investors.

Jumei’s 2016 financial report shows its annual revenue fell about 15% for the year to about $904 million, while its profit grew by 15%. But its 2016 profit was less than half the level for 2014, the year that Jumei went public.

The iKang case was different, and saw the company receive two unsolicited buyout offers from rival bidders after announcing its initial management-led bid. The company subsequently launched a “poison pill” plan designed to prevent a hostile takeover, and hasn’t moved on any of the bids since then. Heng Ren called on the one remaining outside bidder to clarify if its offer is still valid and, if so, to move ahead to try and to complete a deal.

An iKang spokeswoman was not immediately available for comment.

“Heng Ren has some valid complaints in both cases,” said Ryan Roberts, an analyst at boutique research house MCM Partners. “Jumei and iKang aren’t the only privatizations currently ‘in limbo’, and a sense of frustration with the corporate governance on display is understandable. Whether or not the boards will take the recommendations seriously outside of something more forceful is an open question.”

At their current levels, Jumei shares now trade at about half of the original buyout price, while iKang’s trade about 40% lower than the two rival nonmanagement bids it received.