Sunac China Vows to Cut Debt and Turn LeEco Around 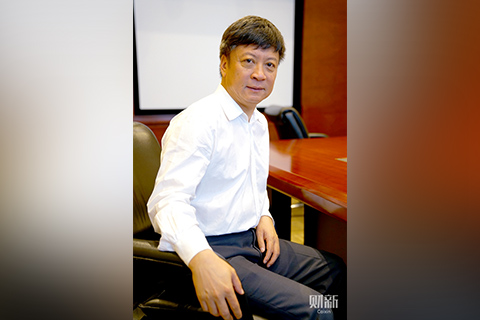 Sunac China, one of the country’s biggest property developers, said it suspended land purchases for the rest of the second half and set a timetable for reducing debt following a string of high-profile deals.

While releasing its first half earnings Friday, Sunac vowed to pare debt to 70% of assets by 2019 from 260% at the end of June.

Sunac, China’s most-leveraged developer, in July acquired a 91% stake in 13 theme parks from Wanda Group for 43.84 billion yuan. The company said setting the debt-reduction goal did not reflect a cash shortage. Sunac reported 80 billion yuan ($12 billion) in cash at the end of August.

The company posted an almost 16-fold increase in net profit to 1.3 billion yuan for the first six months of 2017, boosted by gains from business combinations after several merger deals. Revenue rose 26% to 13.3 billion yuan.

The company said it expected China’s housing market-control policies to affect home sales in the second half, but Sun reported strong demand in first- and second-tier cities.

Sunac Chief Executive Officer Wang Mengde said he expected second-half sales to reach 200 billion yuan. Wang also forecast that the company’s gross profit margin would improve to 25% from 19.6% at the end of June.

“I’ve never had any regrets, until I invested in LeEco,” Sun said Friday, shedding tears as he spoke. “If I can’t turn LeEco around, that would be a regret.”

In its earnings report, Sunac said it posted a loss of 391 million yuan from its investment in Leshi and Leshi Zhixin, the smart TV units of LeEco. The operations were “adversely affected by external unfavorable situation,” Sunac said. The company reported setting aside 1.11 billion yuan as an impairment provision for the LeEco investment as of June.

LeEco, once a high-flying technology empire that quickly expanded into multiple industries ranging from electric cars to smart devices, is struggling to stay afloat amid a mountain of debt.

Last week, Shenzhen-listed Leshi reported a loss of 637 million yuan in the first six months, the first red ink in the seven years that the company has been publicly listed. Leshi attributed the loss to bad publicity and a tarnished brand, which in recent months has led to a “fluctuation in user loyalty” as well as a substantial drop in advertising and subscription revenues.

In mid-August, Leshi announced a revamp of its top management with appointments of 11 senior executives, including senior vice president, chief operating officer and chief content officer. Sources close to the company said the management changes reflected Sunac’s expanding influence on LeEco and part of its efforts to bail out the company.

This story was updated to correct the spelling of Sunac Chairman Sun Hongbin's name.