By April Ma and Sun Lizhao 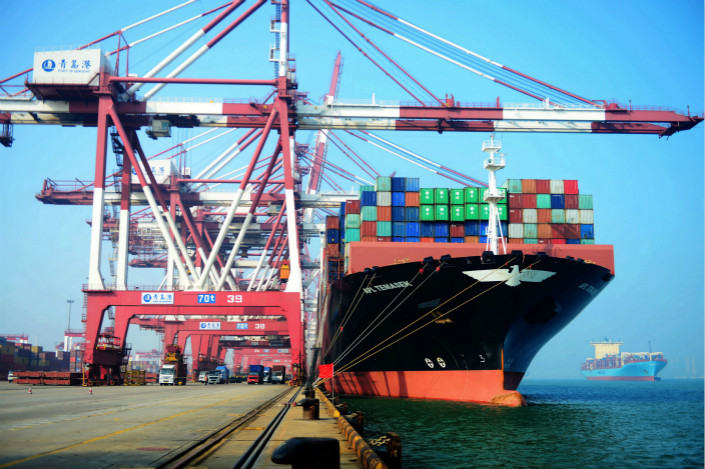 A subsidiary of the state-owned conglomerate China Merchants Group has acquired a controlling stake in Brazil’s second-largest port.

The announcement came as leaders of the two countries met in China at an annual forum to discuss cooperation between five of the world’s largest emerging economies.

This acquisition marks CMPort’s entrance into Latin America and will be a significant addition to its global network of ports, which spans China’s coastal areas to major hubs in the Middle East, Africa and the Mediterranean.

CMPort sees the acquisition as a toehold in Brazil, the largest economy in Latin America, which counts China as its largest trading partner. In 2015, China purchased $35.9 billion worth of Brazilian goods, primarily soybeans and iron ore. Chinese imports account for 20% of the South American country’s exports.

“The transaction demonstrates CMPort’s confidence in the Brazilian economy and its commitment to contribute to the development of the country’s infrastructure and the increased flow of business between BRICS countries,” CMPort Managing Director Bai Jingtao said in a statement on Monday, when the ninth BRICS summit was being held in the coastal city of Xiamen — China’s eighth-busiest port.

The heads of state from the BRICS countries — Brazil, Russia, India, China and South Africa — met on the scenic island city, where Chinese President Xi Jinping served as vice mayor for three years in the 1980s, to discuss development and collaboration under his chairmanship in the coming year.

Taking a controlling stake in the Brazilian port helps China Merchants Group accomplish its goal of cooperating more closely with the BRICS countries and advancing the China-Brazil Joint Action Plan, said the company in a statement on Monday, referring to a cooperation agreement between the two governments that will run through 2021.

The deal comes on the heels of a basket of agreements signed between the China and Brazil ahead of the summit. The agreements reach into areas such as nuclear and hydroelectric power, as Brazil begins to recover from two years of recession and seeks outside investment to alleviate its unemployment problem.

China’s ports have been flourishing thanks to booming trade, with the majority of port operators posting higher profits in the first half of the year.

Seventeen of the 21 port operators that have released first-half earnings reported that their profits have increased on an annual basis, thanks to higher-than-usual trade volumes. The first-half profit of the northern port of Qinhuangdao jumped fourfold year-on-year as a result of a recent ban on transporting coal by truck, which has increased traffic at ports with a railway connection.