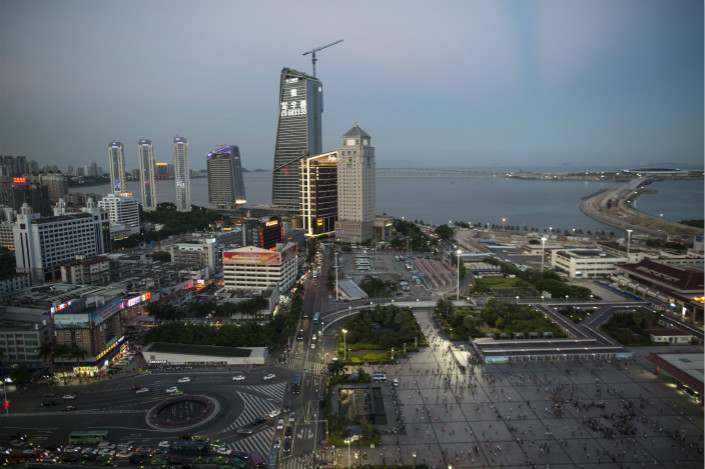 Li Zezhong, the mayor of the city of Zhuhai (above), is under investigation for an overseas deal that lost millions of yuan for the state company where he once held high positions. Photo: IC

(Beijing) — The mayor of the southern Chinese boomtown of Zhuhai is under investigation for alleged corruption less than four months into the job.

Li Zezhong, who also served as the deputy party secretary of the city, is being investigated for alleged “severe violations of party rules,” — a euphemism for corruption — according to a statement issued over the weekend by Guangdong’s provincial party corruption watchdog.

Li, 47, was promoted to deputy party secretary and acting mayor of Zhuhai in March 2017. Two months later, he was officially named as the city’s mayor.

Zhuhai, a major industrial hub just north of Macau, is one of four special economic zones that China set up in the early 1980s as the country opened its doors for foreign investment.

The investigation into Li is related to an overseas investment that led to millions of yuan in losses for a state-owned company where Li held senior positions, sources told Caixin. Details on the amount invested, as well as when and where it was made, were unavailable because the case is still under investigation.

From January 2006 to early 2017, Li moved up the ladder at Guangdong Rising Assets Management Co. Ltd. (GRAM), a state-owned enterprise involved with a variety of businesses, including nonferrous metals trading, tourism and real estate. Over the last decade, he has served in posts including assistant to the chief executive, party head and company chairman.

After Li had left the company, it reported a money-losing overseas deal to the State-owned Assets Supervision and Administration Commission of Guangdong Province, the regulatory body that oversees state assets, sources said. The investment left company assets worth millions of yuan in limbo.

The investment’s loss “was abnormal,” a person close to the commission said without offering further details.

The commission thought former heads of the company, including Li, were responsible for the loss and started probing Li’s role in the deals. It also triggered a series of investigations into other former company executives.

Several of the company’s directors, including former Chairman Li Jinming, who was investigated by the party’s anti-graft watchdog in 2014 for alleged breaches of party discipline, might be re-investigated due to their alleged involvement in this deal, sources told Caixin.

Li Jinming was sacked from his position in January 2015, although no formal charges were filed against him. He was detained by the party’s corruption busters in August, people with knowledge of the matter said. There have been no official statements on his arrest.