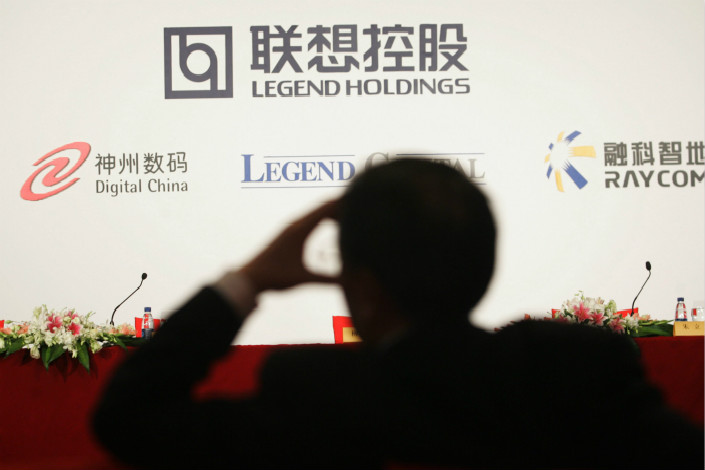 Legend said the move was part of a broader strategy to broaden its reach in banking and financial services, according to the announcement to the Hong Kong stock exchange after markets closed on Friday. Its shares rose 1.9% in Monday, after rising as much as 2.8% during the day.

It said it was buying the shares from Precision Capital S.A., a Luxembourg-based financial holding company “representing the private interests of members of a prominent family in Qatar.”

Founded in 1856, Banque Internationale à Luxembourg reported a 110 million euro profit last year, down from 134 million a year earlier, according to Legend’s filing. The bank’s net assets at the end of last year reached 1.26 billion euros, up from 1.22 billion euros a year earlier.

“The company sees the bank as a valuable investment in line with the company’s investment strategy of building a first-tier bank with core competence in financial service sector,” Legend said. “The company believes it can add value to the future business development of the bank as a long-term shareholder. The company sees great business opportunities in providing financial services to Chinese companies, especially those companies participating in the Belt and Road initiative,” it added, referring to China’s plan to promote infrastructure investment along the ancient maritime and land-based Silk Roads.

Legend is a holding company that counts financial services as one of its core areas, including investments in Hankou Bank and electronic payments company Lakala. The area contributed 1.58 billion yuan ($237 million) to the company in revenue last year, up 75% from a year earlier, according to its annual report. But the sector still accounts for less than 1% of Legend’s total revenue, well behind information technology that makes up 95%.

“Based on our industrial resources and technology advantages, Legend Holdings will on one hand strengthen our current edge in credit loan related business, and on the other hand keep close attention and invest in other financial services business both at home and abroad, mainly focusing on insurance, banking, and fintech,” the company said in its annual report, discussing its strategy towards financial services investment.

With the move, Legend has become one of the latest of a growing group of private Chinese companies investing in overseas financial services companies. Others also purchasing similar assets in recent years include Fosun Group and HNA Group, which earlier this year bought 3% of Germany’s Deutsche Bank.