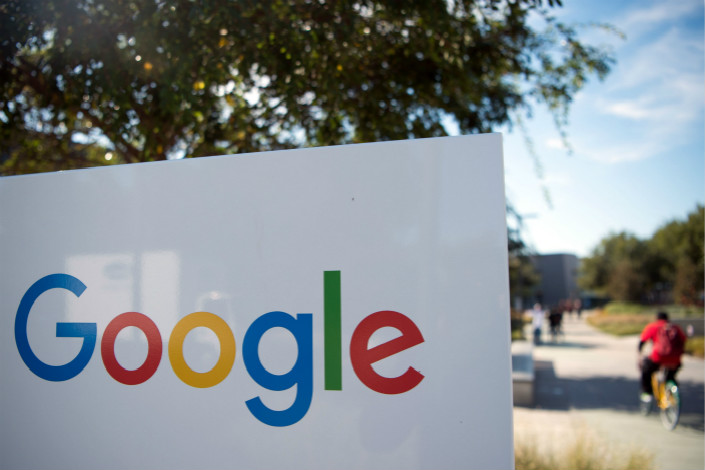 Google Inc.’s website currently has advertisements for at least five positions with strong backgrounds in artificial intelligence, as Google is reportedly setting up a team in Beijing dedicated to AI and the study of robotics. Photo: Visual China

Google Inc. is hiring a series of people in Beijing with a machine learning background, as Chinese media reported the company is building a team of artificial intelligence (AI) experts in the world’s biggest internet market.

Such a buildup would come seven years after Google shuttered its China-based search service during a high-profile spat with Beijing over requirements that all internet companies filter their content for sensitive material. In more recent years, growing signals have emerged that the world’s biggest internet company wants to return to the market in less-sensitive areas, including operation of a locally based version of its Google Play app store.

Google’s website currently has advertisements for at least five positions with strong AI backgrounds, including a senior post for one or more research scientists with doctoral degrees. Other jobs being recruited include one or more technical leads for machine learning with a master’s degree or higher, and product and software engineers with AI backgrounds.

The descriptions did not indicate whether any of the positions would be part of a Beijing-based team. A Google spokeswoman had no comment beyond the job postings.

The postings appeared at the same time that a public account on WeChat, a wildly popular social networking app, reported that Google was preparing to set up a team in Beijing dedicated to AI and the study of robotics. The account, called Liangzi Wei, said it received word of the plan from multiple sources, including Google insiders, but didn’t elaborate.

Formation of such a team would play to Beijing’s recent emphasis on AI and other advanced technologies as it tries to move up the value chain away from its roots as a low-tech manufacturer. Most of China’s homegrown technology giants have set up their own AI development centers, including search leader Baidu Inc. and social networking giant Tencent Holdings Ltd.

Google is often quick to point out it never left China even after the 2010 spat with Beijing, and the company currently maintains a major office in Beijing. It has also raised its profile over the last year through several moves in a country with the world’s biggest internet population, totaling 750 million users. One of those moves saw it resume a developer forum for its popular Android mobile operating system late last year, while another saw its AlphaGo computer defeat the world champion earlier this year at the ancient board game of Go.