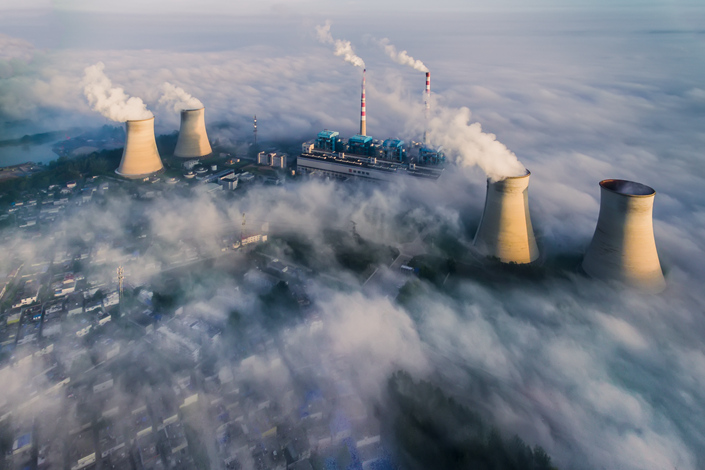 (Beijing) — China’s top energy regulator is forging ahead with plans to phase out coal-fired power plants in an effort to tackle an electricity glut, as rising coal prices squeeze power companies’ profit margins.

Most of the power plants to be shut down have a production capacity below 200,000 kilowatts, due to their low power efficiency, experts said.

However, the overcapacity cut in the power sector seems conservative compared with the goals set by the central government. In a bid to develop its clean energy industry, China will reduce its coal-fired power generation capacity by at least 50 million kilowatts this year through the suspension or postponement of new plant construction and the elimination of existing capacity, Chinese Premier Li Keqiang said in March.

The NEA set a relatively modest installed capacity target because of mounting challenges faced by local authorities in carrying out the drive, as the targeted companies are mostly state-owned behemoths, said Lin Boqiang, dean of the China Institute for Energy Policy Studies at Xiamen University.

Another reason why the NEA set such a small target is because much of the excess installed capacity is actually from modern, efficient plants built to meet user demand as the growth of the Chinese economy remained robust, Lin added. But the plants were constructed without official approval.

“Irregular capacity is not necessarily outdated capacity,” Lin said. “Many of the plants are quite advanced and new.”

Lin warned that the government should differentiate between outdated capacity and “irregular” but advanced capacity in its campaign. Many provinces that have been hit by power shortages, such as Shandong in eastern China, built up a large number of coal-fired plants in 2010 and 2011 to catch up with surging demand — but did not get the central government’s nod.

The price of coal is expected to have risen 18.6% year-on-year in August, according to news portal Sina.com, citing a report from the Ministry of Commerce.