China to Curb Use of Shares as Collateral Amid Risk Concerns 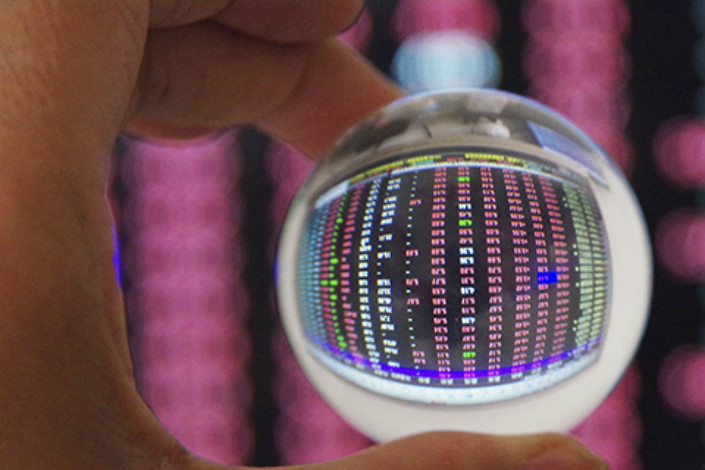 Draft rules released on Friday state that a maximum of 50% of the outstanding equity of a company listed on the domestic stock markets can be pledged for the purpose of borrowing money from a brokerage or other institution. Photo: Visual China

China’s securities regulators plan to set limits on the amount of shares that investors can put up as collateral for loans — an effort to curb leverage in the financial system and ward off potentially destabilizing slumps in equity prices.

Draft rules released by the country’s two mainland stock exchanges and the China Securities Depository and Clearing Corp. late Friday state that a maximum of 50% of the outstanding equity of a company listed on the domestic stock markets, known as A-shares, can be pledged for the purpose of borrowing money from a brokerage or other institution. The regulators are also capping the amount of money an investor can raise at 60% of the market value of the pledged shares.

Investors who are raising money through such transactions, known as stock-pledged repurchases, for the first time can initially borrow only a maximum of 5 million yuan ($769,000) and must invest the funds in productive activities in the so-called real economy rather than speculating in financial products.

The proposed rules will only apply to new business, and will be open for public comment until Sept. 22 before being submitted to the China Securities Regulatory Commission for official approval.

Since the stock market crash of 2015, authorities have becoming increasingly concerned about the risks of shareholders’ pledging their stakes in listed companies as collateral to borrow money to buy more shares or to speculate in other financial products. If the value of the pledged shares declines, investors could be forced by lenders to cough up more money, known as a “margin call,” compelling them to sell shares or other assets to fulfill the lenders’ demands. If borrowers fail to offer more collateral, lenders have the right to sell the pledged shares, which could trigger a sharp decline in the company’s stock price.

The problems are concentrated mainly in smaller companies and in shell companies with little revenue generated from their respective core business. Shareholders leverage up by pledging their shares as collateral with the aim of boosting their returns by investing in other shares or financial products.

More than 6 trillion yuan worth of shares had been pledged as collateral as of Friday, accounting for 10.8% of the total market value of A-shares traded on the Shanghai and Shenzhen stock exchanges, according to data compiled by Li Lifeng, an equity analyst with Sinolink Securities Co.

Li estimated that there are more than 122 A-share companies, 3.6% of the total, where shareholders have pledged more than 50% of the outstanding shares as collateral for loans.

Regulators have been spurred into action after more than 10 listed A-share companies warned in the first half of the year that their shares could be hit by forced sales resulting from margin calls as market turbulence pushed their stock prices lower, triggering margin calls. Some companies resorted to trading suspensions to give their shareholders time to raise more money and prevent forced sales.

One notable case was Shanghai-listed oil producer Geo-Jade Petroleum Co. The company warned in July that 86.8 million shares, 3.8% of its outstanding equity, that had been pledged as collateral by its parent company to Changjiang Securities Co. would be dumped onto the market after a slump in the share price triggered a margin call.

An analyst at major brokerage told Caixin that in the short term, the 50% ceiling on pledged shares will have a negative impact on market sentiment and on firms whose shareholders have pledged a high proportion of their holdings. But the 60% cap on the loan-to-value ratio of the pledged stock won’t have much effect as the average ratio is currently 30% to 50%.