By Yang Ge and Sun Congying 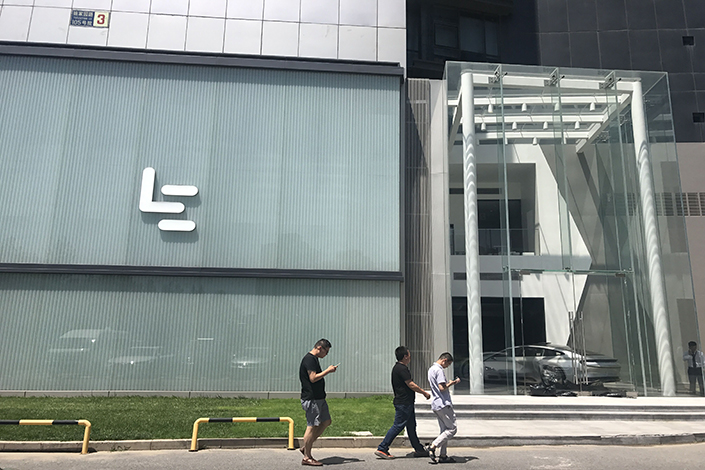 Chinese tech giant LeEco’s U.S. website is temporarily down for “maintenance.” Above, pedestrians walk past the company’s Beijing headquarters on July 7. Photo: IC

Cash-challenged online video firm LeEco has temporarily taken down its U.S. website for “maintenance,” the company said, as it declined to comment on reports that it was continuing to slim down its American operation to conserve cash.

A visit to the company’s U.S. website, where LeEco previously sold its internet TVs and other electronic accessories, returned a messaging saying the site was “temporarily unavailable.”

“Sorry for the inconvenience but we are busy upgrading the system for better services and will be back by 9/15,” the message said. It added a phone number for assistance and provided a link to the company’s store on the main U.S. website of Amazon.com, where a number of products, including three of its smart TVs, were listed for sale.

News of the site’s temporary closure came as Chinese media posted images of what they said were empty offices at LeEco’s U.S. headquarters in Silicon Valley. A LeEco source told Caixin those photos weren’t representative, and were taken at nonworking times when few or no people are in the company’s offices.

The same source reiterated that LeEco said in April that it was embarking on an overhaul of its U.S. operations after running into fundraising difficulties. The operation will soon drop to less than 100 people, in contrast to more than 500 when the company was still in its breakneck expansion phase. The source added the company is currently trying to develop a balanced plan that will better align its U.S. headcount with its limited locally based income.

A LeEco spokesman declined to comment on the reductions, but gave a statement pointing out the company had recently relocated to the U.S. its call center serving people in that country to improve customer service.

“We’d like to reiterate that LeEco remains an active and viable company after our business restructure earlier this year,” LeEco said, adding that it has gained a “large foothold” in Chinese-speaking households in the U.S. since entering the market.

“We are also shifting from in-house to outsourcing model for some business operations which will allow us to optimize resources and be more focused on accelerating product and service innovation,” LeEco said. “We’re very focused right now on getting ready for the next phase.”

At its height, LeEco had big plans for the U.S., including investments in film production and a major new-energy car investment by company founder Jia Yueting. At the height of its breakneck expansion, the company paid $250 million for a Silicon Valley land parcel from former internet giant Yahoo Inc., with plans to develop it into a major high-tech campus.

But all of those plans came to an abrupt end about a year ago, when the company first revealed it had expanded too quickly and was facing a cash crunch. Since then, the company has failed to pay many of its suppliers and other business partners on time; its publicly listed unit was taken over by real estate developer Sunac China; and founder Jia has been ousted from most of his positions.