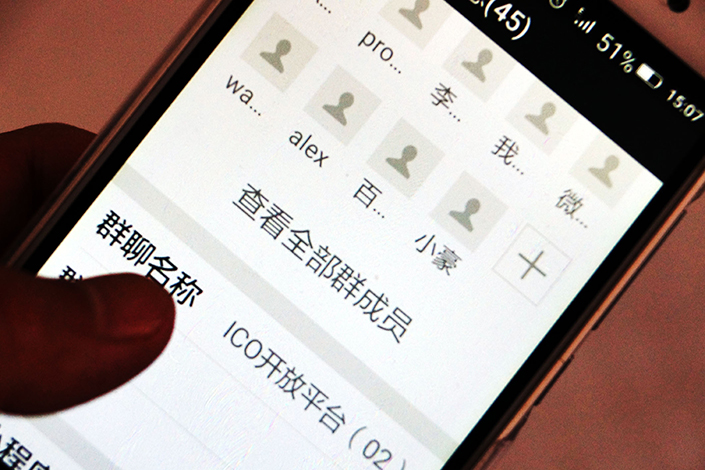 A new government clampdown is aimed at controlling illegal activity like pornography, gambling and discussion of sensitive topics in a booming number of online groups, prompting derision from some, as others predicted that many will find ways to skirt the increased oversight.

The rollout of the guidelines last week by the Cyberspace Administration of China extends a recent broader crackdown on a wide range of activity the government considers illegal. China has engaged in a similar clampdown this year against the booming live online streaming sector, in a movement that has seen hundreds of channels taken down and hosts of such channels reprimanded and punished.

The latest effort takes aim at a boom over the last two years in self-formed groups of individuals with a common interest, often involving work, hobbies or place of residence. This newer generation of groups differs from older ones because they are easily set up by an individual, and can be used both for ad hoc and longer-term collaboration.

In a Sept. 7 pair of posts outlining responsibilities for operation of such groups and criticizing some operators for lax oversight, the Cyberspace Administration singled out popular platforms run by all of China’s top internet companies. Those included WeChat and QQ, both operated by Tencent Holdings Ltd.; Weibo, owned by Sina Corp. and often called the Twitter of China; the Tieba online community platform, operated by Baidu Inc.; and a group service on Alipay, the former electronic-payments arm of Alibaba Group Holding Ltd.

“Some of these group platform service providers aren’t adequately fulfilling their management responsibilities,” the Cyberspace Administration said in announcing the new rules. “Some group managers are also showing a lack of responsibility, allowing the spreading of illegal content like pornography, violent terror, false rumors and gambling. Some illegal entities are also using groups to organize illegal activities, and to harm ordinary people and the legal welfare of other organizations and hurt harmony and stability in society.”

The rules largely hold platform operators like WeChat and QQ, as well as people who form individual groups, responsible for what gets said and other activities that take place inside their confines. But all individuals within the groups also retain a level of responsibility as well.

The latest steps are reminiscent of a similar clampdown four years ago, when China’s high court ruled that anyone who made libelous comments online could be found guilty of a crime if their words were reposted 500 times or more, or clicked on at least 5,000 times. More recently, China has also indicated it will clamp down on providers of virtual private networks (VPNs), which allow people to visit sites on sensitive topics that are blocked in China.

One online report cited several examples of cases that violated the rules. One involved a man who posted insults aimed at police after being stopped for drunken driving, and another involved people who used a group to post an online petition and organize an illegal march.

One group based around a residential community poked fun at the new rules, filling the conversation with revolutionary slogans from the pre-reform era.

Many who want to use groups for such activity are likely to continue finding ways to skirt the new rules, said Brock Silvers, a commentator at boutique research firm Kaiyuan Capital.

“This may be aimed at helping regulators in their ongoing attempt to restrict the rapid-fire contagion of political or economic rumors,” he said. “Determined communicators, however, will still find simple ways to evade responsibility, the easiest of which may be the use of an overseas account. It’s hard to see the new regulations as more than a bit of bureaucratic overreach, a belt-and-suspenders approach to maintaining social order.”