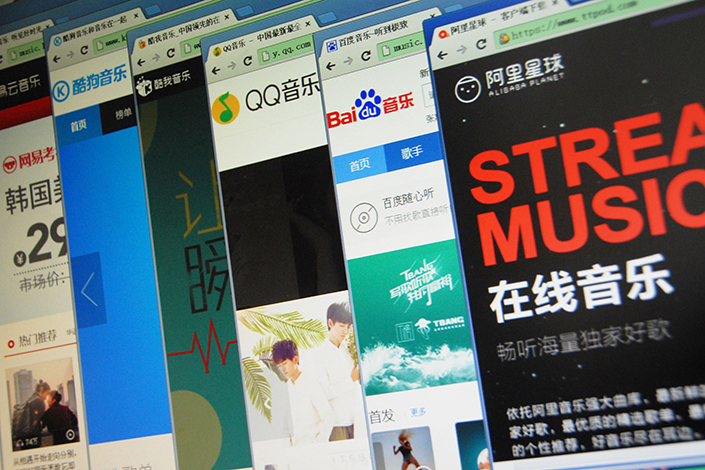 Music fans in China frequently have to download multiple streaming apps to gain access to a single artist’s complete works. Deals like the one between Tencent and Alibaba give users of their music streaming services access to more of their favorite songs. Photo: IC

Internet giants Tencent and Alibaba have agreed to share music-streaming licensing rights for the first time, in a landmark move that counters growing concerns over fragmentation and skyrocketing fees in China’s online entertainment industry.

Under the deal, Tencent Music and Entertainment Group will allow songs it holds exclusive licensing rights for to be streamed by users of a rival service operated by Ali Music Group, the pair announced Tuesday. In exchange, Tencent will get similar rights for content licensed exclusively to Ali Music.

Music fans frequently have to download multiple streaming apps to gain access to a single artist’s complete works, especially since a 2015 ban on unlicensed music streaming. But now, for example, a fan of Taiwanese pop star Jay Chou using Alibaba’s Xiami Music Network can access the singer’s older songs, which were previously limited to the services of Tencent Holdings Ltd.

On the same day of the landmark deal, the Copyright Management Division of China’s State Administration of Press, Publication, Radio, Film and Television said it had met with representatives from four of China’s largest music-streaming services, including the Tencent and Alibaba services.

Cutthroat competition in China’s online music industry, where service providers drive up fees in their quest for exclusive rights to content, “harms the wider dissemination of music,” the head of the Copyright Management Division said. Similar inflation has also occurred for video content, as another group of companies often compete with among one another for popular TV shows, movies and sporting events.

Neither Alibaba nor Tencent revealed the exact scale of their agreement. But the number of labels involved suggests it will dwarf a music-sharing agreement Tencent had previously made with NetEase.

In 2015, after an official clampdown on unlicensed streaming, Tencent and NetEase agreed to share a library of around 1.5 million songs. But that agreement broke down last month when the pair filed lawsuits against each other alleging copyright infringements.

Although the announcement of the Alibaba-Tencent deal came on the heels of the State Administration of Press, Publication, Radio, Film and Television meeting, negotiations between the two have been going on for a long time, a Tencent Music representative told Caixin.