By Coco Feng and Li Yan 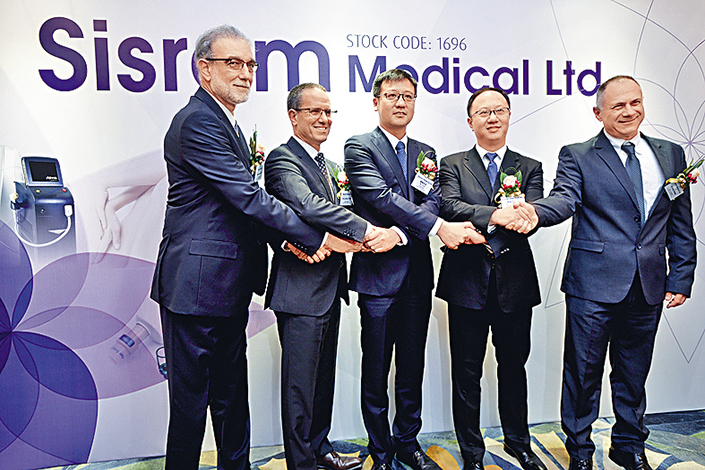 Sisram Medical Ltd., an Israeli unit of conglomerate Fosun Group, saw its share value drop below the offer price during its Tuesday debut on the Hong Kong Stock Exchange.

The worse-than-expected performance might dampen the firm’s hopes to raise around HK$688.7 million.

As the first Israel-based company to list in Hong Kong, Sisram shares were more than 17 times oversubscribed, the company said Monday.

An unnamed investor in the health care sector told Caixin that Sisram is just a shell company for now, which doesn’t actually operate any valuable businesses.

Fosun set up Sisram in 2013 to acquire Israeli medical and cosmetology device maker AlmaLasers. Sisram made a profit of $20.4 million in 2016, up 23% from the previous year. Its income mainly came from AlmaLasers’ sales of medical lasers. The da Vinci surgical system, which Fosun partly owns, hasn't been transferred to Sisram yet.

Sisram was listed to ease the debt pile weighing down its Shanghai-based owner Fosun International, Caixin reported earlier. The parent company is under pressure after a government warning over its overseas spending spree and growing debt burden.

Sisram says it plans to use most of the money raised through the IPO, or 29.5% of the funding target, for strategic acquisitions and partnerships, and to expand sales channels, capital investments and research and development.