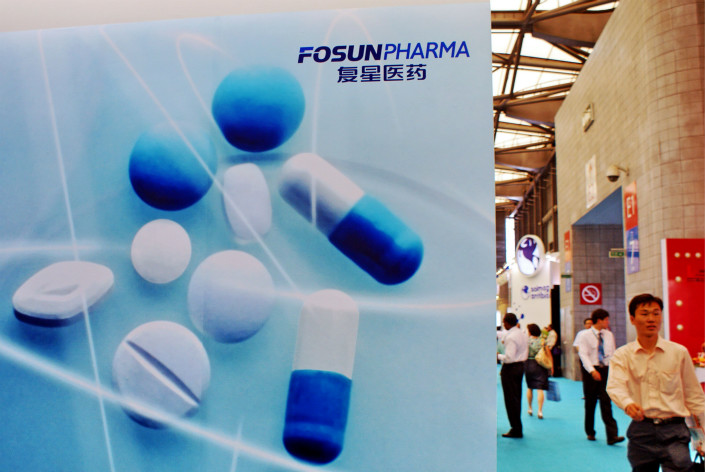 Fosun Pharma's planned purchase of a 74% stake in Gland Pharma Ltd. — down from the previously planned 86% — will free the $1.1-billion deal from a compulsory review by India’s Foreign Investment Facilitation Portal and Cabinet Committee on Economic Affairs. Photo: Visual China

Shanghai-based Fosun Pharma has decided to buy a slimmed-down stake in Indian drugmaker Gland Pharma Ltd., allowing it to bypass an Indian government review that has caused the deal to be postponed three times.

The purchase of a 74% stake, down from the previously planned 86%, would free the $1.1-billion deal from a compulsory review by India’s Foreign Investment Facilitation Portal and Cabinet Committee on Economic Affairs, Shanghai Fosun Pharmaceutical Group Co. Ltd. said Monday.

Acquisitions of 74% or less of existing pharmaceutical firms in India automatically secures government approval, according to the country’s Department of Industrial Policy and Promotion.

The deal has already been greenlighted by the Chinese government, and Fosun has filed premerger reviews with U.S. and Indian anti-monopoly authorities, it said.

The deal is set to be completed by Oct. 3, allowing Fosun to control a major producer of heparin sodium injections, which are used to prevent and treat deep vein thrombosis, pulmonary embolisms and arterial thromboembolism.

As one of China’s most deal-hungry conglomerates, Fosun Group — the parent company of Fosun Pharma — has announced interest in several overseas assets, including U.S. peer Arbor Pharmaceuticals LLC and French margarine-maker St Hubert.

Fosun’s Hong Kong-listed investment arm, Fosun International Ltd., said late last month during its earnings conference that it will continue to invest in companies under the three themes of “Health, Wealth and Recreation” — with specific interest in Europe and the U.S.

In an interview with Caixin in June, Bally CEO Frederic de Narp said the company has been attracting interest from potential buyers in China, the U.S., Europe and the Middle East.