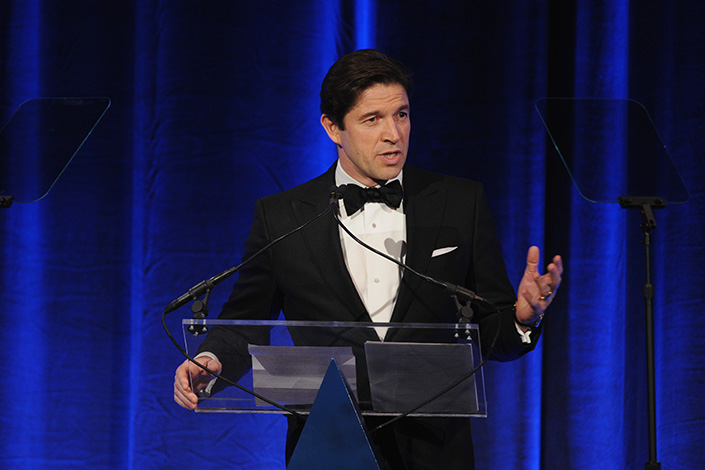 (Beijing) – Swiss luxury brand Bally has been attracting interest from potential buyers in China, the U.S., Europe and the Middle East since its owner, JAB Holding Co., put it on the market in April.

The company is “working on an information memorandum that will be finished within the next two weeks and be delivered to potential investors,” Bally CEO Frédéric de Narp told Caixin on Thursday. The company will start taking bids afterwards.

De Narp said he expects the deal will be completed by the end of October.

Its next step is to equip all 53 stores in China with WeChat Payment, a popular digital wallet embedded in Tencent’s messaging app WeChat. Another online payment tool Alipay, owned by Alibaba’s former financial unit Ant Financial Group, is already available in Bally outlets. The two payment methods are highly popular in China, accounting for 90% of all digital payments.

Bally’s efforts to go online include an e-commerce website launched a month ago. During the second half of the year, Bally will also make products directly available on its WeChat platform, de Narp said.

But the company so far isn’t planning to run virtual shops on well-known online marketplaces such as Alibaba’s Tmall and its rival JD.com.

“People are questioning the authenticity of the products in marketplaces in general. We want to guarantee 100% that our products are authentic and of the highest quality and best service,” de Narp said.

Bally plans to open more physical stores in China, he said, with a focus on larger cities.

De Narp said that the company has been studying a list of cities. Bally will open a second store in Chongqing, for example.

The brand has been looking for Chinese cities that have more than 7 million people, with an annual gross domestic product (GDP) of more than 500 billion yuan ($74 billion).