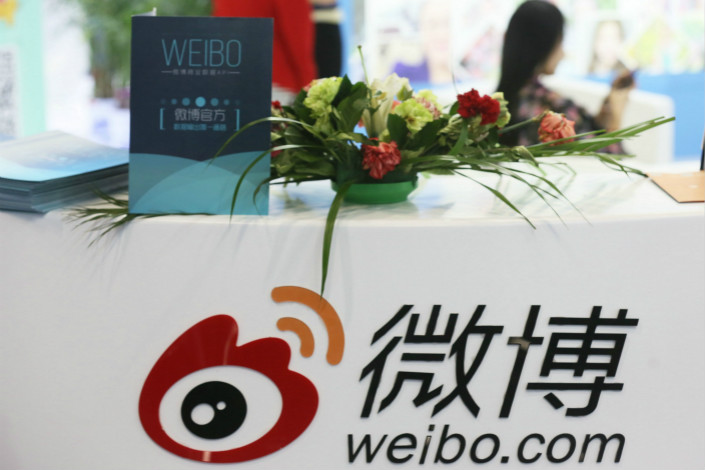 Aristeia Capital, a major Sina Corp. shareholder that wants to name two members to Sina's board, has said that Sina’s current 46% economic stake that it owns in the spun-off Weibo Corp. alone is now worth 30% more than Sina’s own total market value. Photo: Visual China

An activist hedge fund has put forward two nominees for the board of web portal Sina Corp., seeking to shake up a company it criticized for poor corporate governance that the fund says has undercut Sina’s value.

Sina acknowledged the move by Aristeia Capital, which comes just weeks after another activist investor leveled similar criticism at two other U.S.-listed Chinese companies. Such complaints are not uncommon among minority investors in U.S.-listed Chinese firms, whose founders and top managers often control large stakes in their companies.

Aristeia, which owns about 3 million Sina shares, criticized Sina for the small size of its board, which has only five members. It was also critical of the long tenure of four of the five, besides CEO Charles Chao, who have served 13 years or more, “ensuring that none … are truly independent.”

“We believe that systemic governance shortcomings have not only compounded the massive valuation discount that exists in Sina’s share price, but have also prevented the company from adequately evaluating all possible paths to eliminating or reducing this widening gap,” Aristeia said in its statement. “It is our view that these linked issues must be addressed urgently for the benefit of all shareholders.”

Sina was one of China’s earliest internet companies, following its establishment in the 1990s and listing on the Nasdaq Stock Market in 2000 at the height of the U.S. internet bubble. Since then, the company has been largely overtaken by faster-moving younger companies like Alibaba Group Holding Ltd. and Tencent Holdings Ltd., which are now far larger in terms of business and market value.

Apart from its original news portal business, one of Sina’s few major successes has been its Weibo Corp., often called the Twitter of China, which made a separate listing in 2014. Aristeia pointed out that Sina’s current 46% economic stake it still owns in Weibo alone is now worth 30% more than Sina’s own total market value, which is now around $8.3 billion.

As possible moves to correct Sina’s current undervaluation, Aristeia suggested a sale of the company or spinoff of its Weibo shares.

Sina acknowledged it was aware of Aristeia’s nominations, and said it was committed to dialogue with all shareholders to consider their concerns. But it also criticized the two Aristeia nominees for refusing to be interviewed by Sina’s current board.

Such activist investors are being driven partly by poor corporate governance, but are also acting out of self-interest, said Ryan Roberts, an analyst at MCM Partners.

“I think recent activist investor interest could actually be a good thing for shareholders because ultimately the aim is to improve either the operations of the company, or alternatively get higher returns for shareholders,” he said. “Whether or not the investor will be successful in effecting any major change in Sina remains to be seen, and perhaps a ‘compromise’ in the form of a hefty dividend payout is a likely outcome.”