By Pan Che and Leng Cheng 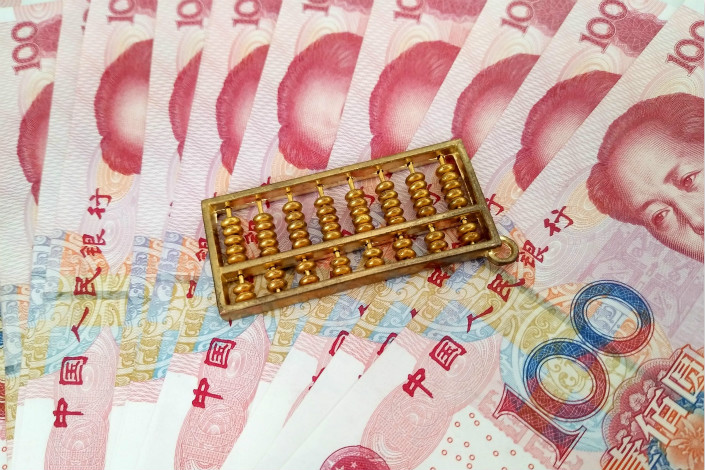 China's Finance Ministry said that issues that Standard & Poor's raised when announcing its decision to downgrade the country's sovereign debt were based on common “clichés” about the Chinese economy and ignored “the structural characteristics of the Chinese financial system.” Photo: Visual China

(Beijing) — The decision of U.S. ratings firm Standard & Poor’s to downgrade China’s sovereign debt is a “wrong decision” and hard to understand, as both the fundamentals and quality of Chinese economic growth have improved and the government is able to control credit risks, the Ministry of Finance said on Friday.

The ministry’s comments came a day after S&P Global Ratings cut the nation’s long-term and short-term sovereign credit ratings by one notch, citing concerns over the growing economic and financial risks facing the country from a “prolonged” borrowing spree. S&P was the last of the three major credit-ratings companies to lower China’s debt rating.

The ministry said the issues raised by S&P, such as rapid credit growth and the increasing burden of liabilities, were based on common “clichés” about the Chinese economy. They ignored “the structural characteristics of the Chinese financial system” and “the wealth accumulation and material support provided by Chinese government spending,” it said.

The downgrade was announced at a sensitive moment for China, coming just a month before the ruling Communist Party holds its 19th Party Congress and amid a campaign by authorities to contain financial risks and reduce leverage in the banking system.

Market reaction to the downgrade was muted. The cost of buying protection against a default of Chinese government bonds, known as credit default swaps, rose just 0.72% a day after the announcement. The swaps added 1.79% after Moody’s Investors Service cut China’s credit rating on May 24, and increased 1.3% the day after Fitch downgraded China’s ratings back in 2013.

Chinese markets were shut when S&P made its announcement, but on Friday the benchmark Shanghai Composite Index of stocks was little changed, closing 0.16% lower, while the yield on the benchmark 10-year Chinese government bond was unchanged at 3.62%.

Some economists downplayed S&P’s action. “We believe the impact of the downgrade on economic growth and in credit markets will be rather limited,” said Zhao Yang, a China economist with Japanese investment firm Nomura, in a research note. “China’s government is keeping systemic risks under control, and its sovereign risks remain low. The Chinese regulators have already started to deleverage the financial system to cope with the high debt problem.”

The ministry said China will be able to maintain a robust growth rate as it pushes forward with supply-side reform and as its economic structure continues to improve. The economy grew 6.9% in the first half of the year, rebounding from last year’s 6.7% and higher than the government’s growth target for 2017 of “around 6.5%.”

S&P’s assessment of China’s economic fundamentals “may be behind the curve,” Hong Liang and Liu Liu, economists with China International Capital Corp., a state-owned investment bank, said in a research note.

The downgrade “may be a good reminder of the existing inefficiencies in the Chinese economy and the need for expedited reforms,” they said. “However, it is not an accurate reflection of increasing credit risks, or worsening economic fundamentals. … After five years of prolonged downward adjustment, China’s economic growth seems to have stabilized and corporate profitability has recovered strongly.”

In response to S&P’s concerns that rapid credit growth could harm the stability of Chinese financial system, the Finance Ministry said the government has stepped up efforts to control and prevent financial risks, standardized the asset management industry and reined in the shadow banking sector, which has “ensured the stability of the financial system and its ability to serve the real economy.”

“There has actually been some progress recently in tackling credit risks, particularly in reining in the activities of the ‘shadow’ banking sector, he wrote in a research note. “Broad credit growth has slowed. But it continues to rise relative to GDP so the overall trend remains deeply unhealthy.”