By Jiang Bowen and Liu Xiao 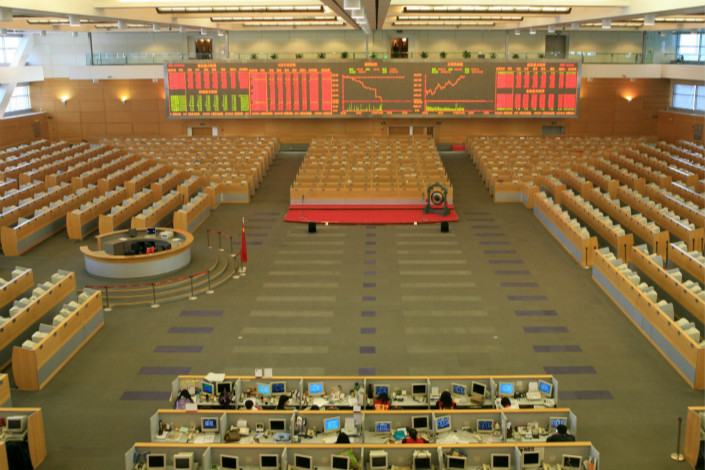 Over the first three quarters of this year, 106 companies raised $10.89 billion on the Hong Kong stock exchange, down 37% from the same period in 2016. Above, traders man a handful of desks at the Shanghai Stock Exchange trading hall in April 2009. Photo: Visual China

Hong Kong slid to third place by amount of money raised through initial public offering (IPO), due to a lack of mega listings so far this year.

In the first three quarters of this year, 106 companies raised HK$85 billion ($10.89 billion) on the Hong Kong stock exchange, down 37% year-on-year, according to a report from Deloitte China released on Thursday.

Deloitte predicts the SSE will surpass the SEHK by IPO value this year, the first time in the history of the two exchanges. The SEHK is slated to complete several dozens more listing in the fourth quarter to bring its yearly total to HK$130-150 billion, while the SSE will likely raise HK$150-170 billion before year end, according to Deloitte.

The listing of China Tower Corp., a telecommunications infrastructure firm, could tip the balance, said Edward Au, partner and co-leader of the national public offering group at Deloitte China. If the joint venture company lists before year end, SEHK has a chance to surpass the SSE and finish in second place, Au said.

The SEHK ranked first by IPO value for five of the last eight years, according to data from the exchange.