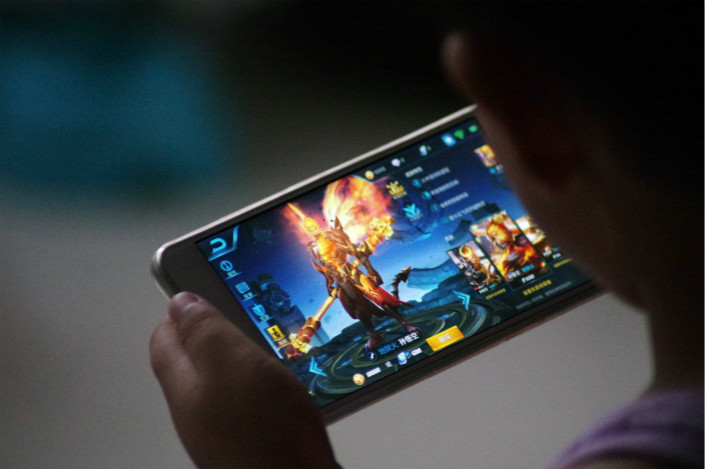 Tencent and JD.com said that their product development deal will allow them to "make complementary and accurate products that can be recommended for our fans and users” out of the former's intellectual property, including the popular "Honour of Kings" video game (pictured). Photo: Visual China

E-commerce firm JD.com Inc. has formed a wide-ranging partnership to develop products based on intellectual property (IP) owned by internet giant Tencent, as the latter tries to wring more money out of its growing stable of popular games and other products.

The pair said their tie-up will explore ways to leverage Tencent Holdings Ltd.’s IP such as its hugely popular “Honour of Kings” mobile game that has become a national phenomenon. Tencent has positioned itself as a leader in development of such games, and now controls nearly half of China’s market. It is also a social media leader, building off its popular QQ and WeChat instant messaging platforms.

But the company has been less successful in translating IP from those two businesses into other areas. By comparison, JD.com is China’s second largest e-commerce company, operating a national retail network that could be used to sell derivative products such as clothing, accessories and other items bearing Tencent-owned logos and other intellectual property.

The pair already has an equity relationship following a 2014 tie-up that saw Tencent buy 15% of JD for about $200 million. Tencent later boosted that stake, which now stands at about 18%, according to JD’s latest annual report.

“The plan would be based in Tencent’s and JD’s platforms and data,” the pair said in the announcement of their latest partnership. “It is designed to make complementary and accurate products that can be recommended for our fans and users.” The pair added that in addition to creating products, they could also create activities and look for other ways to take advantage of Tencent’s intellectual property.

The pair announced their plan just months after Tencent announced another similar deal designed to wring more money out of its IP. That deal, announced in June, saw Tencent agree to allow the film-making arm of Wanda Group to turn some of the best-loved novels from Tencent’s online literature library into movies.