China to Cut Flights in Bid to Improve On-Time Rate 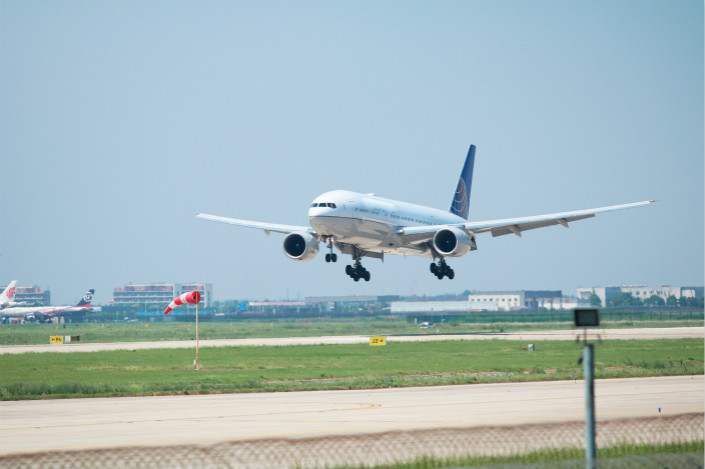 Beijing Capital International and Shanghai Pudong International airports will each reduce the number of departures to 75% of their current capacities. Above, a flight takes off from the Shanghai airport on Aug. 22. Photo: Visual China

China’s two largest airports will cut the number of flights scheduled for departure in an attempt to improve the country’s notoriously poor on-time departure rate.

China’s larger airports have been approaching full capacity during their busiest hours — 7 a.m. to 10 p.m. Last year, Beijing Capital handled 85 flights an hour. Its capacity is 88 flights per hour, according to the CAAC. Shanghai Pudong had 68 departures and arrivals, with a capacity of 76.

As a result, flight delays have been causing headaches for passengers and airlines.

At Beijing Capital, the on-time departure rate was only 47.2% in the first eight months of the year, while Shanghai Pudong’s rate was 46%. These rates are significantly worse than their Asian peers. Singapore’s Changi Airport had an on-time rate of 78.7%, and Tokyo’s Narita International Airport had a rate of 66.7%, according to flight data services company VariFlight.

The CAAC has penalized both airports for the delays, and has not approved any additional flights or new air routes at both facilities since July 25.

In deal with the cuts, airlines can substitute larger aircraft in place of smaller ones, thus maintaining passenger numbers, said Li Xiaomei, the secretary-general of China Civil Airports Association, a Beijing-based industry group.

Data indicate that the tactic may be working. The number of arrivals and departures at Beijing Capital declined 2.11% in the first half of the year, while the total passengers count was up 2.28%.

“The move will help improve punctuality, but there will be fewer flights between Beijing, Shanghai and smaller cities, and the airlines are expected to move such routes to nonmajor airports,” said Luo Zhiyu, an expert with CARNOC, a provider of civil aviation information.