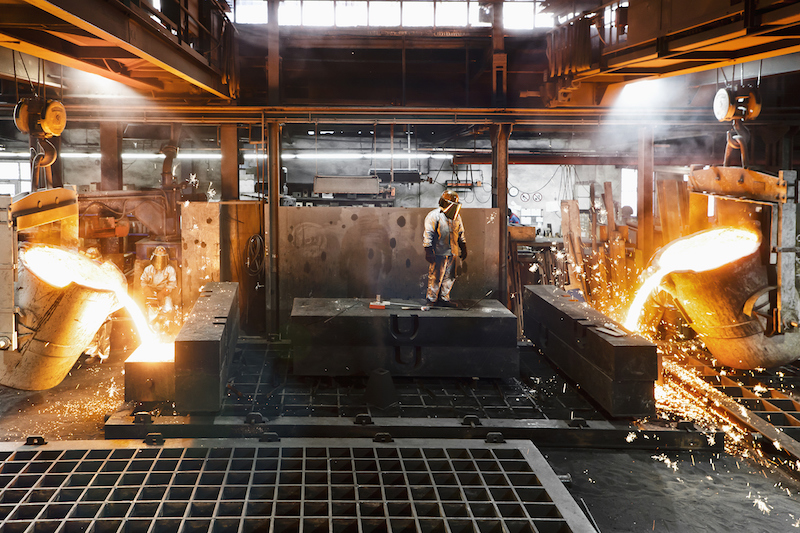 (Beijing) — Caixin’s survey and the Chinese government’s poll of the country’s manufacturing activity diverged in September, with the private reading declining to its lowest point in three months while the official one hit a five-year high.

The Caixin China General Manufacturing Purchasing Managers’ Index — closely watched by investors as one of the first available indicators each month gauging the strength of the Chinese economy — fell to 51.0 this month from 51.6 in August. The decline came as foreign demand softened markedly while costs spiked amid an ongoing government campaign to reduce excess capacity.

It was the lowest reading since June. A number above 50 indicates expansion, while anything below 50 points to contraction.

The increase in new export orders decelerated to the slowest rate in three months, pointing to easing overseas demand that played a key role in boosting China’s economic expansion earlier this year.

“The Chinese economy was stable in the third quarter,” said Zhong Zhengsheng, director of macroeconomic analysis at CEBM Group, a subsidiary of Caixin Insight Group. “But the outstanding price pressure from upstream industries will be a drag on the continued improvement of companies’ profitability.”

In contrast, the official manufacturing PMI, released by the National Bureau of Statistics (NBS) also on Saturday, rose to 52.4 in September, the highest since April 2012, as growth in new orders reached its highest level in more than five years, outpacing the increase of output for the first time since January 2013.

“The subindex for new orders came in higher than that of output for the first time in a number of years, suggesting supply and demand are getting more balanced,” NBS analyst Zhao Qinghe said in a statement, adding that both the domestic and foreign market improved.

Growth of sectors including auto, electric and mechanical equipment, and computer and telecommunications equipment was sharply higher than the headline PMI number, reflecting that the country’s industrial structure has continued to optimize, he said.

The Caixin PMI, sponsored by Caixin and compiled by international information and data analytics provider IHS Markit Ltd., focuses more on light industry, while heavy industry makes up a larger share of the NBS survey. The geographic distributions of the companies covered in the two polls are also different.

The Caixin survey showed that despite a moderate demand for inputs, Chinese manufacturers saw their cost burdens grow at the fastest pace this year in September, with a number of panelists linking inflation to greater raw material costs. As a result, producers also increased their output charges at the quickest pace since December.

Domestic prices of commodities such as aluminum have soared in recent months as the government expanded its overcapacity-cutting campaign — which was initiated in early 2016 and first targeted coal and steel — to more sectors.

Meanwhile, environmental inspectors sent by the central government to crack down on illegal factory emissions and discharges have also affected industrial output and fueled the products price surge, including metals, cement and coal.

The producer price index, a key gauge of industrial inflation, picked up to 6.3% in August from a year ago after stagnating at 5.5% for three straight months, the latest data from the NBS showed.

Some companies cited the environmental inspections as one reason it is taking longer to get supplies, according to the Caixin poll. The average time it took for manufacturers to receive purchased items lengthened more this month than it has since January.

NBS’ Zhao also said that more than 40% of manufacturers polled reported rising raw material prices and that the input cost subindexes in the industries of paper making and printing, timber processing, furniture manufacturing, and chemical raw material and chemical products manufacturing were above the 75 point mark in September.

“Companies in midstream and downstream industries are concerned that their cost burden may further increase,” he said.

But manufacturers remained upbeat about their business prospects over the next 12 months, though the degree of optimism weakened slightly from August, when the future-output subindex was at a five-month high, the Caixin survey showed.

The official nonmanufacturing PMI, which covers the nation’s service and construction sectors, rose to 55.4% in September, the highest reading since May 2014, according to the NBS.

The Caixin China General Services Business Activity Index will be published on Oct. 9.

This story has been updated with details about the official PMI surveys.