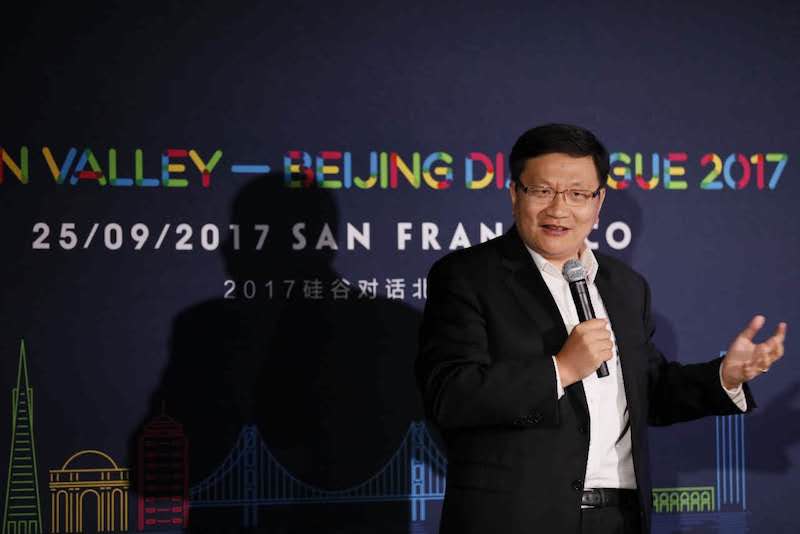 Thanks to the economic boom over the past decades, wealth accumulated by Chinese people has grown rapidly. Last year, the Forbes listed a record 400 billionaires from the Chinese mainland, compared to 335 a year ago. The listed members held a total of $947 billion assets, a 14% rise from the previous year. Meanwhile, China’s per-capita GDP exceeded $8,123 in 2016, up from $8,069 a year earlier, according to the World Bank.

The fast accumulation of personal wealth has fueled a boom in China’s wealth-management market, which is expected to reach 227 trillion yuan ($34 trillion) by 2020, according to a research by Beijing-based Renmin University.

Amid the fast growth, the industry also needs to change its mindset fundamentally, switching its focus to long-term, rational returns, said Tang at a recent fintech summit in San Francisco.

Unlike investors in the U.S. and other developed market, Chinese investors have long favored most the fix-income products like bonds and bank bills, betting on governments’ implicit payment guarantee. But as China’s economy slows and its financial market liberalizes, the government has become increasingly hesitant to offer such sweeping guarantees.

“In the next five to 10 years, we will see a major shift of China’s wealth-management industry to equity-based investments, from previous popular fix-income products,” Tang said. Meanwhile, domestic investors’ demands to allocate their portfolio to overseas assets will also rise, demanding wealth managers’ expertise of overseas investments, he said.

Diversification of investment portfolio to include long-term, short-term, fixed-income and benefit-based assets will be important, said Tang, adding one option is to invest through fund-of-funds (FOF), which invest in other funds rather than directly in companies, stocks and bonds to distribute customers’ assets and better manage risks.

Apart from the rich and ultra-rich, smaller investors’ access to wealth-management services will also be expanded by the advance of financial technology, or fintech. For instance, artificial intelligence applications such as robo advisors will offer more accessible services to mid-class investors, who found private financial advisor unaffordable, according to Wang Fuxing, managing director of CreditEase Wealth Capital Market Business.

Tang estimated that there are 200 million active investors in China who do not have access to human advisers and asset managers because of their hefty fees.

An August report on fintech development issued by World Economic Forum said that as regulators stepped up investor-protection efforts, the cost of providing customers with individualized offerings by traditional financial institutions is rising. Meanwhile, Robo‐advisory products offer a digital and customer‐centric experience at a low cost and are thus attractive, particularly for younger customers.

The boom of wealth-management business and prevalence of fintech will also pose challenges to the market and regulators. Over the next years, wealth-management institutions will mushroom and they will tell the similar stories about global asset allocation, long-term investment and FOF, said Tang. But only those with strong capacity in investment judgment, asset allocation and technology can survive.

Chen Chaomei, former chief risk officer of U.S. P2P platform LendingClub, said as the industry evolves quickly, a dialogue mechanism between the industry and regulators should be in place to keep the two sides on the same page.

Tang said China is in urgent need of rolling out a comprehensive credit-scoring system and allowing different institutions to share the information, which can rein in fraud and default risks and ensure the health of the financial market.

“A sound credit-scoring system is crucial for the entire financial system and I believe it will be the place where new financial innovation occurs in the next few years,” Tang said.