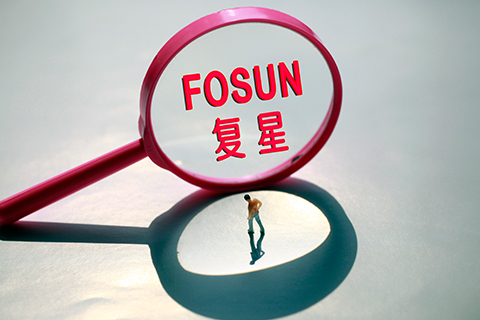 Fosun is selling most of remaining stake in Minsheng, unwinding investment made in 2011. Photo: Visual China.

Chinese investment group Fosun International is selling most of the Hong Kong-traded shares it owns in China Minsheng Bank Corp., moving closer to an exit of its investment in the country’s largest private lender.

A Fosun source told Caixin that the company has been considering divesting its Minsheng stake since last year after the bank was rattled by a graft investigation linked to its former president and an ownership reshuffle triggered by the entry of Anbang Insurance Group as the largest shareholder in 2015.

Fosun offered 643 million Hong Kong-traded shares of Minsheng Wednesday with an indicated range of HK$7.28 to HK$7.38 each, or a discount of as much as 5.5% on Minsheng’s closing price Wednesday.

Fosun, which models itself on Warren Buffett’s Berkshire Hathaway Inc., invests in a wide range of businesses including toy making, tourism, insurance and healthcare. Last week, a Fosun subsidiary announced the purchase of a 74% stake in Indian drugmaker Gland Pharma Ltd.

The Fosun source said the company decided to exit the Minsheng investment in 2016, but the plan was delayed due to pricing.

Minsheng declined to comment on shareholders’ actions, while Fosun said that its sale of Minsheng stock was normal secondary market trading.

Fosun and its subsidiaries have been accumulating Minsheng’s H shares and Shanghai-listed A shares since 2011. Fosun Chairman Guo Guangchang joined Minsheng’s board in 2012.

But the bank was rocked by a series of tumultuous events in 2015 after its ex-President Mao Xiaofeng fell under investigation by the country’s top graft buster. Meanwhile, Anbang Insurance, one of China’s most acquisitive companies, stepped up as the largest shareholder of the bank after a series of share purchases between late 2014 and early 2015.

The entry of Anbang, holding more than 22% of Minsheng’s shares, marked the first time Minsheng has been dominated by a single major stakeholder.

Several of Minsheng’s long-term shareholders, including China Life Insurance Co., China Oceanwide Group and Fosun have reduced their holdings since then. Since January 2015, Fosun has gradually sold all the Minsheng A shares it owned.

Minsheng is the only bank in which Fosun invested. The source at Fosun disclosed that the company hasn’t invested in any other banks.