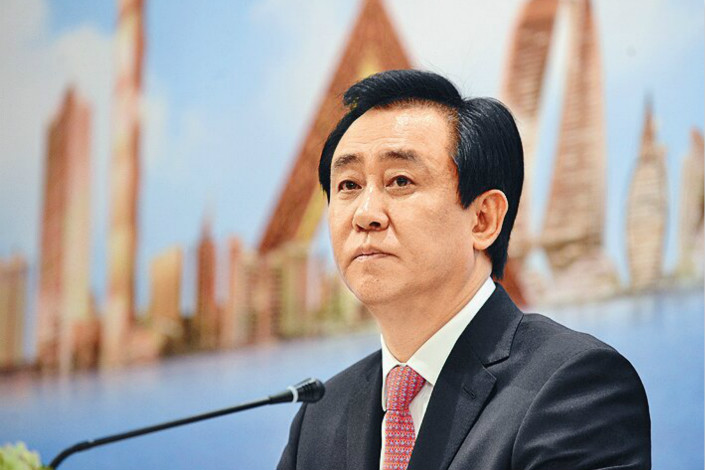 Though Evergrade Group's Xu Jiayin (Hui Ka Yan) has taken the top spot on the Hurun Rich List this year, the total number of people on the list who made their fortunes in real estate dropped. Photo: IC

China has a new richest man.

Xu replaces last year’s leader, Wang Jianlin, the founder of Dalian Wanda Group Co. Ltd., who falls to fifth place after his family’s wealth shrank by 60 billion yuan over the last year. This marks the first time in five years that Wang was not among the top three.

One of this year’s meteoric rises came from the only woman on the list. Yang Huiyan, majority stakeholder of real estate group Country Garden Holdings Company Ltd., shot from 22nd to 4th place, with a more than 100-billion-yuan increase in her wealth. This marks Yang’s return, after 11 years, as China’s richest woman.

The notable fall for Wanda’s Wang was due in part to his company selling off a 91% stake in 13 theme parks to China’s most-leveraged developer, Sunac China Holdings Ltd., for 44 billion yuan.

As a sector, real estate continued to see a decline in its representation on the list, with the number of real estate tycoons rich enough to qualify shrinking as the Chinese government pushed ahead with its campaign to rein in housing bubbles and financial risk.

Meanwhile, the ratios of billionaires who made their fortunes in IT and financial services rose this year to 11.9% and 10.9%, respectively, both up slightly from the previous year.

But manufacturing still contributed the most of any sector — at 28%, up two percentage points from last year.

As with the past five years, the threshold for being included on Hurun’s list is having a personal or family wealth of at least 2 billion yuan ($303 million). A total of 2,130 figures met the criterion this year, up by only 74 persons from last year but three times the total number a decade ago.