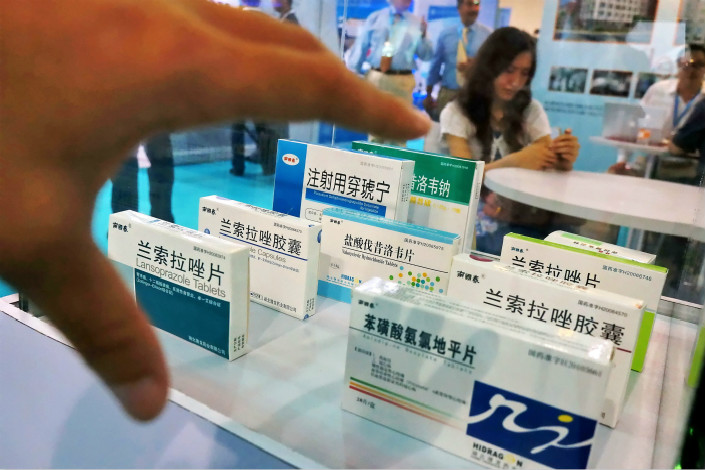 Shanghai Pharma said the move fits the company’s goal of growing its distribution network nationwide and will significantly raise its status in the industry.

Shanghai Pharma ranks third in the country’s drug distribution sector, with an operating revenue of 113.8 billion yuan ($17.2 billion) last year. If it acquires Cardinal China, whose revenue in 2016 was 25.4 billion yuan, it will overtake China Resources Pharmaceutical Group Ltd., which is in second place with revenue of 114.6 billion yuan, according to data from the Ministry of Commerce.

China Resources is also rumored to have bid on Shanghai-based Cardinal China, but the company hasn’t replied to Caixin’s queries about this matter.

The state of China’s drug distribution industry is a legacy of the planned-economy era, when it was entirely run by the state. Consequently, the industry’s biggest actors are government-backed with strong ties to the public health care system, said Simon Sun, a partner and specialist in China’s health care and life science industry at Strategy&.

Sun said that the industry remains “fragmented,” with each of the big three occupying different parts of the country, so distributors are trying to expand through mergers and acquisitions (M&As). For example, the Hong Kong-based China Resources entered the northern market after it bought Beijing Pharmaceutical Group in 2010. Shanghai Pharma’s home territory is eastern China.

For now, foreign rivals find it hard to expand through M&As as smaller domestic companies prefer to have more-resourceful Chinese distributors as parent firms, but when the buying spree eventually ends, their efficient management and services will help foreign companies to stand out, Sun said.

At the same time, many Chinese regions have rolled out a new drug distribution rule, called the “two-invoice” system, under which only two invoices are generated in the distribution process: one when drugmakers sell medicines, and the other when the products arrive at health care institutions. The rule aims to avoid the excessive sale and resale of drugs that has caused prices to rise and it is expected to be fully implemented next year.

Under the new system, many smaller drug distributors won’t be able to survive, or they will have to be merged with their larger peers, according to a report by consultancy KPMG.