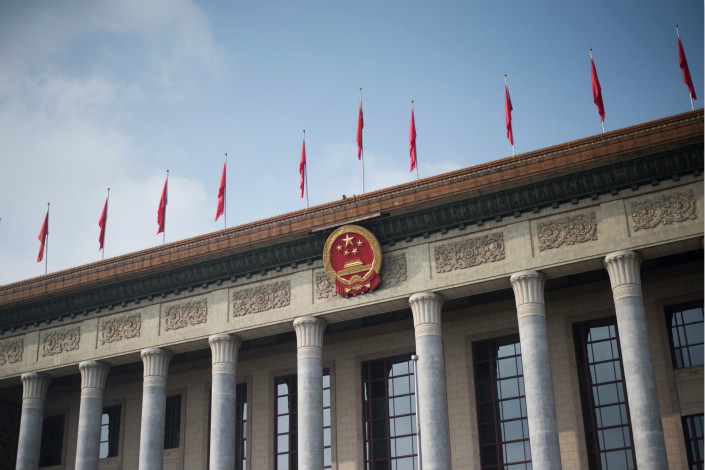 The party’s Central Committee made a decision on the shakeup at its first plenary session on Wednesday, offering no explanation.

The commission, which oversees China’s 2 million military personnel, has been reduced to seven members from 11. Like before, it has one chairman and two vice chairmen, but only four members, down from eight in the previous commission.

The party’s General Secretary Xi Jinping retains his post as the commission’s chairman, and Xu Qiliang will stay on as a vice chairman. Zhang Youxia, a member of the previous commission, was promoted to be the other vice chairman.

Wei Fenghe, a general, retains his position as a member of the commission. The three other members — Gens. Li Zuocheng, Miao Hua and Lt. Gen. Zhang Shengmin — are new.

Zhang Youxia, 67, joined the military as a foot soldier in the late 1960s. He rose through the ranks before being appointed to the military commission in 2012 as a three-star general.

Zhang, who joined the army at the age of 18, fought twice in China’s war in Vietnam in 1979 and again in 1984, Beijing-based media outlet The Mirror, reported in August.

His father, Zhang Zongxun, was a general who helped found the People’s Republic of China in 1949, according to Global People magazine.