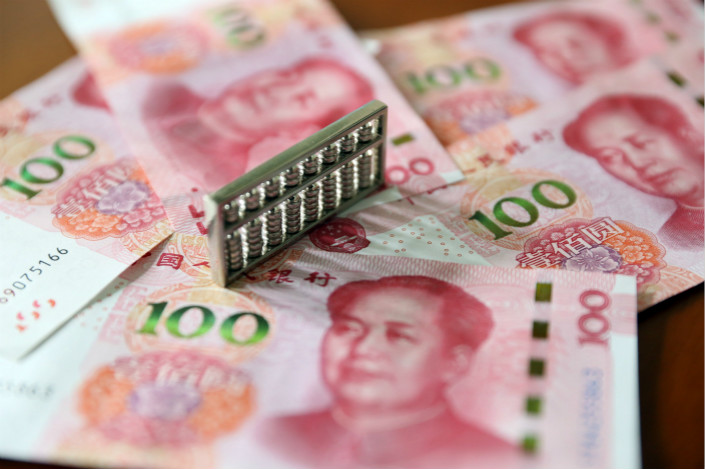 The sector, which largely targets college students, low-income borrowers and small businesses, is rife with improper debt collection practices and ultra-high interest rates. While that has been the situation for years, the recent mega-listing of Chinese microlender Qudian Inc. in New York has reignited public calls for more protection for consumer borrowers.

Qudian’s shares have been on a roller coaster since its debut on Oct. 18. They are now trading below their IPO price of $24. They closed at $23.27 on Friday.

Meanwhile, some local banking regulators are considering rules that will cap the annualized interest rates on short-term unsecured loans, Caixin has learned.

If this happens, it will be expanding on the guidelines that the regulator drafted in April. The April rules aimed to clean up the sales practices of unsecured microloan products by online peer-to-peer (P2P) lenders, not those of all microlenders.

It is unclear when the stricter regulations will take effect, but sources said they could involve bans on microlenders without official licenses, or those who employ improper debt collection tactics. The regulations might also put a ceiling on the compound interest rates of unsecured loan products. And local branches of financial authorities are expected to draft related guidelines too, Caixin has learned.

The regulator has signaled it is tightening its grip. Ji Zhihong, director general of central bank’s financial market department, said at a forum on Saturday that the central bank had started doing special spot checks on unsecured loans products, and will expand the checks with an aim to keep systematic financial risks in check.

The financial office of Huangpu district of Shanghai has recently summoned several microloan companies operating in the district, reiterating that using violence to collect debt is prohibited, and annualized borrowing cost including transaction fees and interest rates should not exceed 36% of the loan’s principal.

According to rules written by the Supreme People’s Court in August 2015, loans that charge annualized interest rates of above 36% are not protected under Chinese law, either for lenders or borrowers. Some loan sharks have resorted to extreme measures to collect debts, including intimidation, personal attacks or even illegal requests for debtors’ nude selfies as collateral.

The regulator would also ban commercial banks from teaming up with unlicensed microlenders to create larger loan pools, as a step to pre-empt credit risks that might pass on to the formal banking system, Caixin had learned.

“Unlike online peer-to-peer lending, which is questionable on whether it involves illegal fund pooling, the problem of short-term high-interest loans is the possible extreme events it might trigger by the violent debt collection efforts,” a senior executive of a microlender told Caixin. He added that the market will start to shrink under fierce competition and tighter regulations.

The size of China’s unsecured microloan market stood between 600 billion yuan and 1 trillion yuan at the end of March 2017, according to Shanghai-based consultancy Yingcan Group.