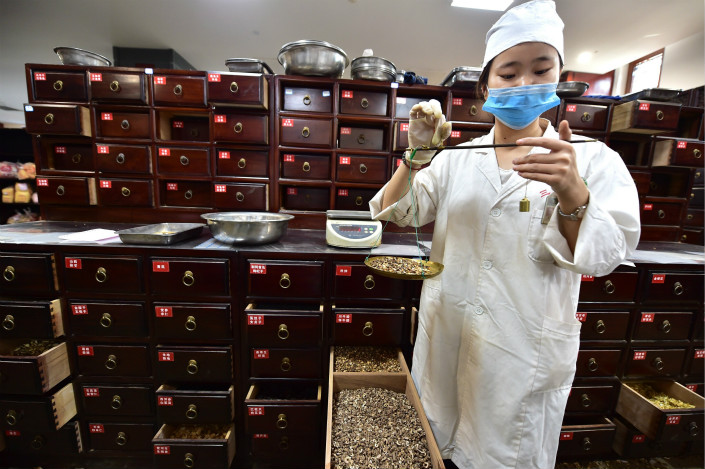 China’s drug authority has reiterated that it is maintaining adequate oversight of a potentially dangerous herbal substance found in dozens of traditional Chinese medicines (TCMs) after a recent study linked the ingredient to liver cancer.

In 2003, the China Food and Drug Administration (CFDA) began limiting the use of herbs containing aristolochic acid, already known to cause kidney failure. Since then, aristolochic acid-related cases of kidney failures have dropped significantly, and related kidney-cancer rates fell to zero, a spokesman from the China Food and Drug Administration said.

But the CFDA questioned the alleged link between aristolochic acid and liver cancer.

“Liver cancer in China has mainly resulted from the hepatitis B virus, and there haven’t been solid data to demonstrate that aristolochic acid is directly related to liver cancer,” an administration spokesperson said in an interview with a CFDA-backed newspaper on Monday.

The administration will enhance regulation of the implicated drugs and conduct special inspections of them, he said. At least 47 TCMs for oral use in China contain the substance, and 24 medicinal materials “might,” according to CFDA data from Monday.

The statement was the official response to a recent study by a team of scientists in Singapore and Taiwan that found recently that 78% of 98 liver tumor cases in Taiwan were associated with exposure to the substance. The proportions on the Chinese mainland and in Southeast Asia were lower, but still high enough for concern, at 47% and 29% respectively.

In North America and Europe, only 4.8% and 1.7% of liver tumor cases respectively were found to contain aristolochic acid, according to an October study published in the American journal Science Translational Medicine.

Some experts questioned the credibility of the new study. For example, researcher Liang Aihua from the China Academy of Chinese Medical Sciences said 88 of the 98 cases in Taiwan were positive for a hepatitis virus, which might be the causes of liver cancer, the state-backed China News of Traditional Chinese Medicine reported.

But concerns over the controversial ingredient remain.

Aristolochic acid is commonly found in a group of plants called birthworts, or Aristolochiaceae, many of which are used in drugs for rheumatism and pain relief. The use of such herbs has a history of more than 1,000 years in China, the CFDA spokesperson said.

The toxicity and side effects of aristolochic acid weren’t discovered until decades ago. In the late 1980s and early 1990s, a popular TCM weight-loss remedy was exported from Hong Kong to western Europe and over 100 women developed kidney disease. The onset of uremia — when waste products from the body are found in the blood — was linked to the drug’s excess levels of aristolochic acid.

In 2001, the U.S. Food and Drug Administration told consumers to “discontinue the use of any botanical products containing aristolochic acid.” The following year, the International Agency for Research under the World Health Organization concluded that “herbal remedies containing plant species of the genus Aristolochia are carcinogenic to humans.”

The European Union, Singapore, Taiwan and Hong Kong have since prohibited drugs that contain aristolochic acid.

China first implemented measures to control the public health risks linked to the substance in 2003, including banning certain Aristolochia plants and requiring drugmakers to include warnings on product packaging.