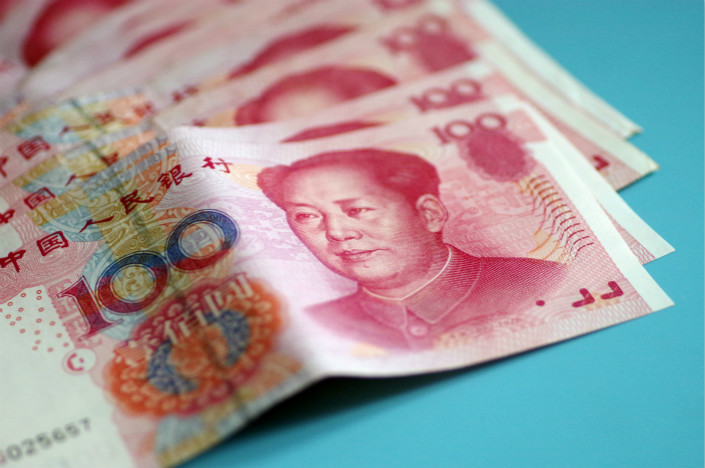 Online peer-to-peer loans were 7.12% less in October than they were in September, but outstanding P2P loans last month were still almost twice as much as they were in October 2016. Photo: Visual China

Online peer-to-peer (P2P) loans in China contracted for the second consecutive month in October as the government’s curbs on the fast-growing sector begin to be felt.

Last month, online platforms in China that match lenders with borrowers extended more than 218.4 billion yuan ($33.20 billion) worth of loans, 7.12% less than in September, according to a report released on Wednesday by Wangdai Zhijia — Mandarin for “Online Lending House” — a research firm that tracks the online-lending industry. P2P loans matched online dropped 5.78% in September from August.

But still, outstanding online P2P loans almost doubled as of the end of October from a year ago, at 5.78 trillion yuan, the report said.

While the weeklong national holiday at the beginning of October might have tempered demand, tighter oversight on online financing is another major factor that cooled P2P activity in China.

Following years of explosive yet unchecked growth of marketplace lending in China, the central government started cracking down on risks arising from the internet financing sector in April 2016. It aims to protect consumers from predatory lending terms, ensure adequacy of the lenders’ capital, and limit their risk-taking behavior.

Also, the regulator originally required online lending companies to complete self-checks on risky operations before March, but people who are familiar with this matter told Caixin that the regulator later extended the deadline to June 2018.

The average yield on the entire online lending industry in China was 9.5% in October, down 3 basis points from the previous year, according to the report.