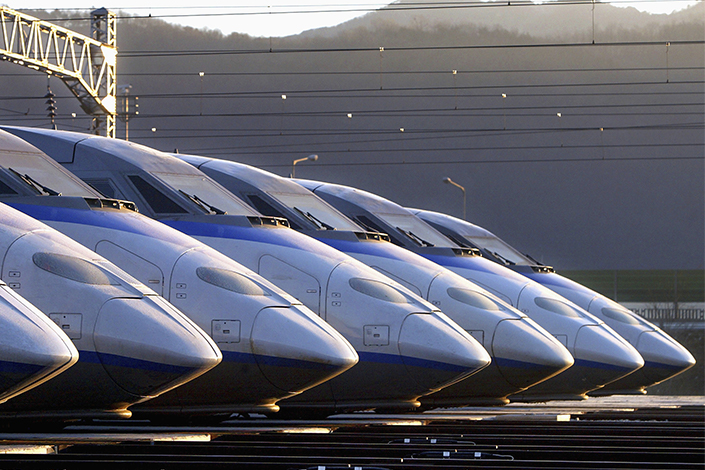 China’s leading train maker, CRRC Corp., has revived plans to develop high-speed freight trains at speeds of up to 250 kph (155 mph), aiming to take advantage of a national network of tracks for bullet passenger trains.

Two such similar plans petered out in 2014 and 2015, either because of a lack of demand or due to miscommunications with China Railway Corp. (CRC), the nation’s railroad operator, according to sources close to the CRRC.

With the new plan, CRRC hopes to develop a new source of revenue with high-speed freight trains as China’s logistics industry grows more modern, one source close to the company told Caixin.

CRRC has said that only high-valued cargo such as e-commerce deliveries, rather than bulk commodities like coal, will be transported over high-speed rail lines.

However, industry experts are skeptical about whether there is enough demand for high-speed freight services in a country where planes and trucks dominate the logistics industry. Railways account for only 20% of the country’s logistics traffic.

“Before making any decisions, CRRC should do more market research to figure out the costs. It also needs to work with CRC to determine which bullet-train lines to offer freight service on,” said Xu Yong of cecss.com, an online industry service provider.

Xu said it would be workable to run a freight service only on the busy Beijing-Shanghai and Beijing-Guangzhou lines.

Last month, sources from CRRC told Caixin that the company will shutter half of its freight-car manufacturing capacity to deal with excess capacity. CRRC currently operates 10 freight-car production subsidiaries with total annual production capacity of more than 80,000 vehicles.

In China, most freight trains run on rail lines designed for much slower speeds. The nation’s fastest freight trains, which were put into service starting in 2014, can run up to 160 kph.

The French have been running freight trains at 160 kph since 1984. In 2012, France and Germany unveiled freight trains that can travel at speeds up to 300 kph.