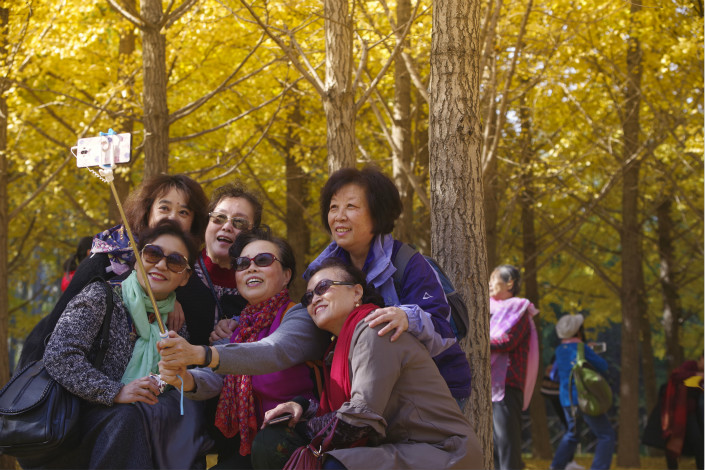 While Huawei and Oppo topped the China smartphone sales list, it was Xiaomi who posted the biggest gains in the third quarter, expanding its sales by 56.6% as its fledgling comeback gains momentum. Photo: Visual China

Oppo gained ground on Huawei in the Chinese smartphone market during the third quarter, as the former tried to regain the title of top dog in the world’s largest market, according to new data released on Monday.

At the same time, U.S. giant Apple Inc. recaptured some ground, ending nearly two years of decline in a market that accounts for about a fifth of its global sales. And Xiaomi Inc. continued its own climb back up through the ranks of China’s top smartphone brands, posting the strongest gains of any major player in its fledgling turnaround story.

Those were some of the highlights in an otherwise stagnant and saturated Chinese smartphone market, where overall sales posted a 1% decline in the third quarter as about 114.7 million units shipped, according to data tracking firm IDC.

China is the world’s largest smartphone market, accounting about 30% of worldwide sales by shipments. But it has also become one of the most hotly contested, as a vibrant field of homegrown players like Huawei Technologies Co. Ltd., Oppo Electronics Corp., Xiaomi and Vivo all vie for market share. That competition is already starting to hit smaller players with smaller marketing budgets, said IDC analyst Tay Xiaohan.

“With competition heating up, top smartphone players will need to either maintain or increase their marketing activities in the coming quarters,” said Tay. “The implication for smaller players who do not have a high marketing budget is that it will be harder to thrive or survive in the saturated China smartphone market. The smaller smartphone companies that focus on the tier-three to tier-five cities will continue to depend on the subsidy from operators to target a very niche consumer segment.”

Huawei, Oppo, Xiaomi and Vivo were the largest players in China during the third quarter, led by Huawei with 19.4% market share and followed by Oppo at No. 2 with 18.8%. The gap separating the pair, equal to just 0.6 percentage points, represented a sharp narrowing of the 3.1 point gap in the previous quarter. Oppo was king of the China smartphone market in last year’s third quarter, but later lost the crown to its much larger and better-funded rival.

Huawei posted 23.4% growth in the third quarter from a year earlier, versus 7.5% for Oppo. But the best growth was posted by Xiaomi, whose China sales jumped 56.6% for the quarter as its young comeback showed signs of gaining momentum. The company was once one of China’s hottest new high-tech brands, but fell out of favor due to product problems and the limitations of its previous online-only sales network. With those issues out of the way, the company has returned to the strong growth rates of its earlier years.

Also noteworthy was Apple, whose 7.3% expansion marked its first growth in China after declines over the previous six quarters. In its own latest quarterly results announced last week, the U.S. tech giant reported the first growth in its Greater China sales for nearly two years, as it benefitted from the release of its new iPhone 8 models and buzz generated by the even newer iPhone X that went on sale last week.