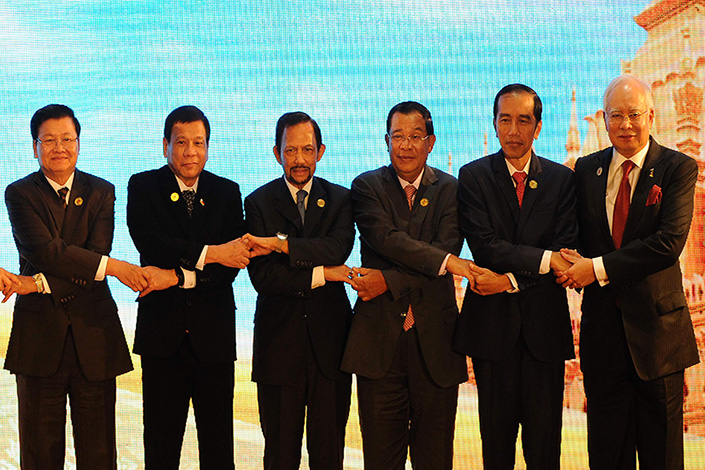 The success story of the East Asian economy was about the connection between trade and industrialization — look at the cases of Japan, South Korea, China, Taiwan and Singapore. Trade-oriented industrialization drove regional economic integration through trade and investment — and integration into the world economy that was made possible by conducive global economic growth and a relatively open global economy.

Unfortunately, the party is now over. Many economists are beginning to talk of a “new normal” global economy with slower growth and trade. Brexit, the ascendency of U.S. President Donald Trump, and anti-immigration sentiment all point to a growing resistance to globalization. At the Group of 20 meeting in Germany this March, even finance ministers and central bank governors backed away from agreement on support for free trade and investment.

It’s premature to conclude that the world has fully embraced protectionism, but the conditions for trade liberalization and negotiating trade agreements are tougher than they were. Economic recovery in the United States and some parts of Europe remains fragile, and China’s growth, though robust, is also on the wane.

Against this “new normal” backdrop, what can countries in the Association of Southeast Asian Nations (ASEAN) do to counter this trend and mitigate its impact? What role can regional cooperation play in addressing these emerging challenges in the global trade and investment environment?

ASEAN and East Asia must continue to encourage economic growth to improve the socio-economic welfare of their citizens. Even though global growth is sluggish, East Asian economies still have relatively high growth. The potential is there. East Asia must strive to achieve its growth potential.

Fiscal expansion is one possible solution for those countries that have the fiscal space — though that’s a luxury afforded to few countries in ASEAN. Room for monetary expansion is also limited due to the growing possibility of the normalization of U.S. monetary policy.

Forcing the pace on continued structural reform is where progress is vital. But structural reform is much easier said than done. Further unilateral liberalization is not easy when the rest of the world is consumed by creeping protectionism, and the progress of a multilateral agenda is still in limbo as the WTO’s Doha Development Round seemingly goes nowhere.

A more feasible way forward is a combination of structural reform and the revitalization of regional cooperation.

Pursuing openness through regional economic integration will not be easy. The trend toward deglobalization demonstrates that the original model of globalization — rapidly reducing the barriers to trade of goods and services trade — does not have strong political backing. It’s clear that economic reform and trade liberalization need now to be accompanied by policies that ensure that “losers” in realizing the overall gains from trade are effectively compensated. Where distribution of the gains from trade has not been attended to, globalization’s positive impact has found less support among the people, and political will for it has waned. A consequence is the pockets of deep political resistance to globalization.

Restoring trust in globalization is now a primary goal. This can be done by highlighting globalization’s success stories and its direct and positive impact on people’s lives. The success of reform does not hang on the merits of the reform’s agenda, but rather on political support — an intrinsic dilemma of reform is that the cost is more immediate and concentrated, and the benefit is more diffuse and long-term. This makes it necessary to get “quick wins” or success stories to ensure political support.

These circumstances underline the need for multistage regional cooperation. This can start slowly and then go on to tackle more complex issues. For example, instead of negotiating over how to lower trade barriers, negotiations can start on issues related to connectivity and capacity-building. These objectives are acceptable politically by nearly all member countries and can be economically beneficial. Revitalizing the ASEAN infrastructure fund is another example of a low-hanging fruit in regional cooperation.

If this kind of cooperation can be carried out, people will feel its real impact of regional cooperation, and ASEAN states can move forward with a more complex agenda for economic integration.

The Regional Comprehensive Economic Partnership (RCEP) fits the bill and can now be brought into play. The Trans-Pacific Partnership (TPP) is practically dead in the water since the United States withdrew. The RCEP is the only way forward. The RCEP provides an ongoing framework through which to promote open regionalism and an open international economy. RCEP is important for ASEAN as an initiative that was put forward when Indonesia was the chair of ASEAN in 2011 — not a Chinese initiative, as some wrongly believe.

As the global economy and the support for globalization both languish, ASEAN nations need to act immediately to preserve the economic order that gave East Asia such prodigious development. RCEP offers a practical way forward in global trade diplomacy — and ASEAN would be remiss not to pursue it fully at a time when it’s important to our global economic future.

Chatib Basri is a senior lecturer at the department of economics, University of Indonesia, and a former Indonesian finance minister.