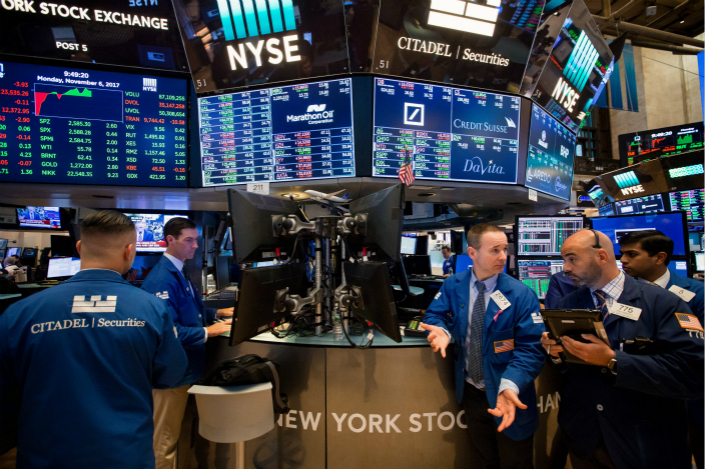 Ppdai Group Inc. is the latest Chinese microlender seeking an offshore listing. It is hoping to raise up to $371 million ahead of its New York debut on Friday, although it will be dwarfed by Qudian Inc., which raised $900 million ahead of a New York listing last month, which made it the biggest initial public offering (IPO) by a Chinese fintech firm in the U.S.

Explosive growth in China’s P2P lending sector in recent years has not only attracted attention from investors from afar, it has also attracted the attention of Chinese regulators, which are increasingly concerned with rising credit risks and potentially improper loan-collection efforts in the fast-expanding sector.

Shanghai-based Ppdai (pronounced pea-pea-dye) has been around for 10 years, and is one of the “oldest” P2P lenders in China. According to its IPO prospectus, it plans to issue 17 million American Depository Shares in the IPO ahead of its Friday listing.

Similar to recently listed Chinese P2P lenders such as Qudian and Hexindai Inc., Ppdai turned profitable last year thanks to a booming demand for unsecured microloans from lenders that aren’t banks. In 2016, it reported a net profit of 501.5 million yuan ($75.58 million), turning from a net loss of 72.1 million yuan in 2015. Earnings grew more quickly during the first half of 2017, to 1.05 billion yuan.

Like other P2P platforms, Ppdai connects lenders with short-term borrowers. Around 80% of the loans it facilitates are standard loan products that have periods of one month to one year; the remaining are shorter-term cash loan products and consumption loans, which allow customers to pay retailers in installments.

The company’s main revenue source is the service fees charged to borrowers. During the first half of 2017, 75.9% of fees were from loan facilitation, and 13.9% from services after loan facilitation.

Both borrowers and service fees saw a surge in recent years. Lenders facilitated through Ppdai increased to 4.9 million in 2016 from 666,000 in 2015, while average transaction fees rose to 6.4% from 3.6% of a loan, according to the company’s IPO prospectus.

Ppdai’s sales and marketing expenses dropped to 18.7% of total operating revenues during the first half of 2017, down from 63.6% in 2015. The increase in transaction fees and the introduction of ultrashort-term loans of 100 yuan to 3,000 yuan for one to six weeks helped acquire new customers in a less-costly manner.

But still, Qudian Inc. enjoys a very low cost of acquiring a new customer for 20 yuan. This is largely because of its cooperation with the PayPal-like Alipay service, which already has a giant customer base.

Another difference between Ppdai and Qudian is that Ppdai has its own big-data risk management system, while the latter depends on Sesame Credit, a credit-rating system developed by Ant Financial Services Group, which operates Alipay.

Ppdai’s system, called the Magic Mirror Model, is based on eight years of borrowing and lending history on the platform, covering over 6 million users. The system sorts borrowers into six levels of creditworthiness, and has a target delinquency rate of 0.5% to 8%.

The low delinquency rate may be due to the fact that some borrowers can extend their loan period, analysts told Caixin. Borrowers who originally took out short-term cash loans for one to six weeks can request extensions of one to four weeks, and can do this up to three times for an additional cost of up to 3% of the loan.

The high number of repeat borrowers, or those who lend more than once on the same platform, should also be considered next to the low delinquency rate, analysts told Caixin.

Ppdai was founded by four alumni of Shanghai Jiaotong University, a top science college in China.

President Hu Honghui, also 40, has a background in business administration and banking management. Before Ppdai, Hu worked at the credit department of China’s largest lender —Industrial and Commercial Bank of China — before joining a renowned law firm as a partner. Now Hu is responsible for Ppdai’s government relations and corporate compliance. Employees described him as “careful.”

Li Tiezhen, 32, the last of the four founding members to join the company, became Ppdai’s chief strategist in July. He was a risk manager at China Minsheng Bank before Ppdai. People close to Li told Caixin that he made a great contribution to improving the risk management of Ppdai’s products, with the bad-loan ratio dropping significantly since Li was on board.

Gu seldom speaks in public, but is described as a man with foresight. Gu sets the tone of Ppdai’s business model, which is to lend purely online and target customer groups who need microloans. A person familiar with Gu told Caixin that he has strong logistics ability and delegates power to subordinates, while he himself focuses on research and development.