Microloan Default Risks Might Be Greater Than They Seem 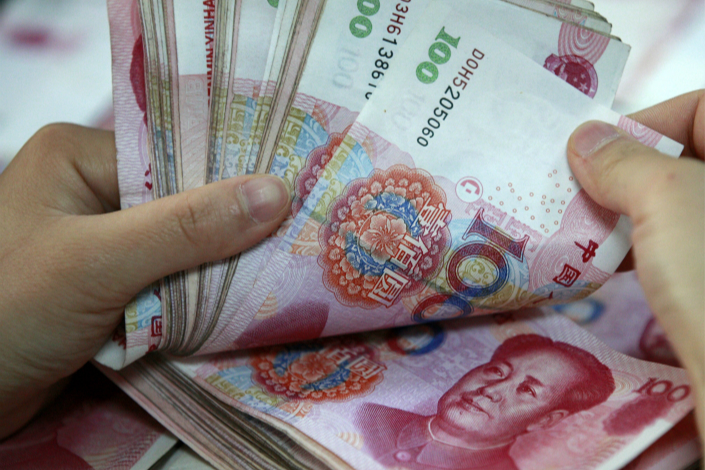 While investors flock to newly listed Chinese microlenders, there are renewed concerns that default risks of these short-term unsecured cash loans might be higher than the lenders think.

Industry executives said most microloan borrowers roll over or add to previous debts with new loans from another lender, snowballing their debts, along with their risk of default. Also, a lack of an industrywide database that tracks and shares the credit information of borrowers also keeps lenders in the dark, these executives said.

More than 80% of microloan borrowers have at least one unpaid loan at the time when they apply for a short-term unsecured loan from another lender, according to data compiled by Intellicredit Inc. Some microlenders told Caixin that 90% of their clients are borrowing from more than two lending platforms at the same time. A risk-control manager from a microlender told Caixin that bad debts could be significantly underestimated.

In fact, some investors questioned the level of bad debts at Qudian Inc., which debuted in New York in mid-October. CEO Luo Min said in an earlier interview that Qudian’s nonperforming loan ratio is less than 0.5%. However, statistics from a third-party credit rating agency suggests the actual rate could be higher than what Luo said.

Analysts and market participants are calling for an industrywide credit rating system or information platform to lower the risks of fraud and excessive borrowing. In China, the state-backed National Internet Finance Association of China has said earlier it would establish such system, sources said.

Zhang Yexia, senior analyst at Shanghai-based consultancy Yingcan Group, said that only a third-party credit rating agency or the regulators have the capabilities to access a comprehensive database of online borrowers.

However, several players in the microloan market told Caixin that they have no intention to work or share data with credit rating agencies such as Sesame Credit or Qianhai Zhengxin, a credit rating unit of Ping An Insurance, citing conflict of interests.

The size of China’s unsecured microloan market stood between 600 billion yuan ($90.82) and 1 trillion yuan at the end of March 2017, according to Yingcan Group.

Caixin reported earlier that the China Banking Regulatory Commission (CBRC) is internally discussing the possibility of a standardized regulatory framework of the country’s microlending industry, and considering rules that will cap the annualized interest rates on short-term unsecured loans.