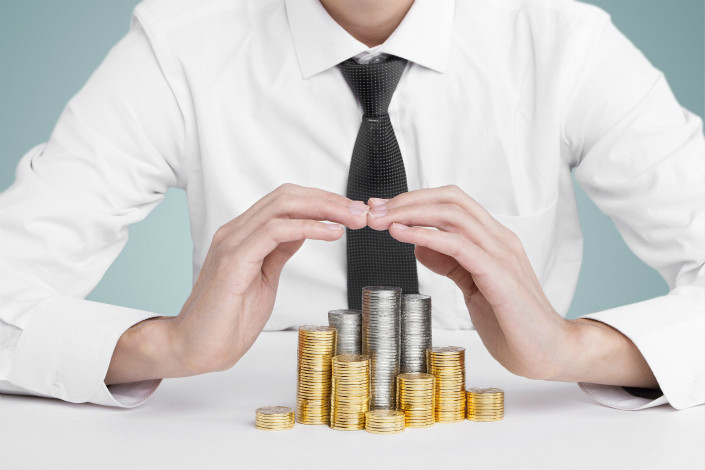 Chinese banks' recent moves into the distressed-debt market is expected to squeeze the business of smaller so-called asset management companies, whose main business is buying and reselling such debt. Photo: Virtual China

Distressed debts in China are becoming more expensive these days.

Licensed bank-loan recovery specialists — commonly known in China as asset management companies (AMCs) — bid for portfolios from banks and provincial-level governments. The auction prices have jumped more than 50% since January, an executive from a provincial-level AMC said.

“When China Construction Bank sold asset packages at an auction the other day, Cinda’s bid price was 0.46 yuan (7.0 U.S. cents) per yuan of loans,” the executive said, referring to one of the four national AMCs. “But we only had a budget to pay 0.36 yuan (per yuan of loans), so we lost.”

AMCs acquire those loans at a fraction of their original value, then repackage or dispose of them for a profit.

In many cases, deep-pocketed national AMCs outbid smaller rivals that are mostly backed by provincial-level governments or by companies. This foray by leading Chinese banks, which have recently been allowed to set up “internal AMCs,” will likely squeeze the provincial-level distressed-debt managers harder.

Some of the provincial-level players, in turn, survive by reducing themselves to “channels” — living on commission fees by being an agent to resell bad loans to nonlicensed AMCs.

In essence, they no longer are AMCs.

These AMCs have in recent years expanded into other, more-lucrative businesses, such as lending to property developers and being a channel for unlicensed AMCs. But the China Banking Regulatory Commission (CBRC) has been urging them to “return to their original mission” and absorb more toxic assets from the banking system. Several sources from Huarong told Caixin that the banking regulator had given such a directive verbally earlier this year, adding that doing so is a “political task.”

“China Orient now spares no efforts to handle bad assets, no matter how much cost we may suffer,” said a manager from the government-run AMC. He added that the headquarters of Orient had offered two-year noninterest-bearing loans to its provincial-level branches for the sole purpose of purchasing commercial lenders’ sour debts.

China started its own distressed-debt management after the Asian financial crisis, when it set up four central government-owned national AMCs in 1999 to take over bad debts from state banks.

Then, in 2013, the China Banking Regulation Commission (CBRC) started giving licenses to provincial-level-government-backed AMCs in an effort to foster bad-asset cleanup at the provincial level. The policy also came at a time when China’s economic growth slowed and commercial banks were shouldering more debts.

“Regional asset managers do not have as much advantages as those big four state-owned AMCs when it comes to capital strength, financing or human capacity,” said an employee at an AMC based in South China’s Guangdong province.

A provincial-level AMC may not have more than 10 billion yuan of registered capital. Also, the national ones — two of the four are listed in Hong Kong — have better access to funding via bond issuance, private stock-placement and loans at lower interest rates.

About one week earlier, Northwestern China’s Gansu province set up its second AMC, which is funded by China Great Wall, Gansu Province Financial Holdings Group and three other private companies. It has 1 billion yuan of registered capital, according to company filings.

On Aug. 7, the CBRC released a draft regulation that encourages commercial lenders to set up new unit to acquire bank debts and then swap them into equity stakes, or so-called debt-for-equity swaps, in order to keep indebted companies alive.

“Banks will save a lot when they deal with their bad loans internally. It’s particularly true when nonperforming loans rise very quickly,” said a banker at the asset-protection unit of a commercial lender.

“Banks will only sell those assets that are difficult for AMCs, otherwise they prefer to do it themselves,” he added.