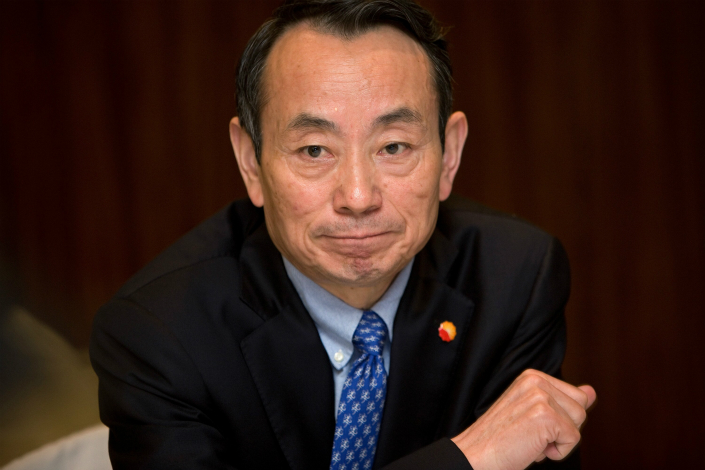 Jiang Jiemin, the former head of China’s state asset regulator, was detained in September 2013 while being investigated by the Communist Party's disciplinary authority on suspicion of corruption. It was not until July 2014 that Jiang, then 59, was referred to state prosecutors for criminal investigation. A new draft law would limit such detentions to three months in most cases, and up to six months only in special circumstances. Photo: Visual China

China’s top legislators have proposed limiting how long corruption suspects can be detained in the developing supervisory commission system to six months, according to a draft law released on Monday.

The draft Supervision Law is believed to have gone some way to addressing concerns over how the new supervisory bodies will differ from the ruling Communist Party’s anti-corruption apparatus.

The draft legislation was published by the Standing Committee of the National People’s Congress (NPC) for a monthlong public consultation period after its first reading in June. The NPC is the country’s top legislature, with its Standing Committee enacting and amending laws when the NPC is not in session.

The NPC has for the first time said that it will be responsible for the supervisory commissions, consisting of both central and regional bodies. Such commissions, which will work alongside the party’s anti-corruption authority, will handle only corruption investigations linked to party and government officials, public servants and executives at state-owned companies.

The ruling party, led by General Secretary Xi Jinping, has been pushing for the new supervision system amid lingering unease among legal professionals over the anti-corruption campaign led by the party’s Central Commission for Discipline Inspection (CCDI) and its regional outfits nationwide.

Judicial rights advocates have been particularly critical of an extralegal mechanism known as “shuanggui,” which allows the CCDI and its outposts to detain graft suspects indefinitely, often without the knowledge of their families or access to legal counsel.

Under the draft law, supervisory commissions at provincial and municipal levels should inform the central supervision authority of their detention of suspects, and supervisory bodies at the city level or lower must seek approval from higher authorities to take such measures.

The relatives of corruption suspects who are taken into custody by inspectors should be informed within 24 hours of the detention unless there is evidence this kind of notification would undermine an investigation, according to the law.

The supervisory commission system — which was implemented on a trial basis in November 2016 in Beijing, the northern province of Shanxi and East China’s Zhejiang province — is expanding nationwide.