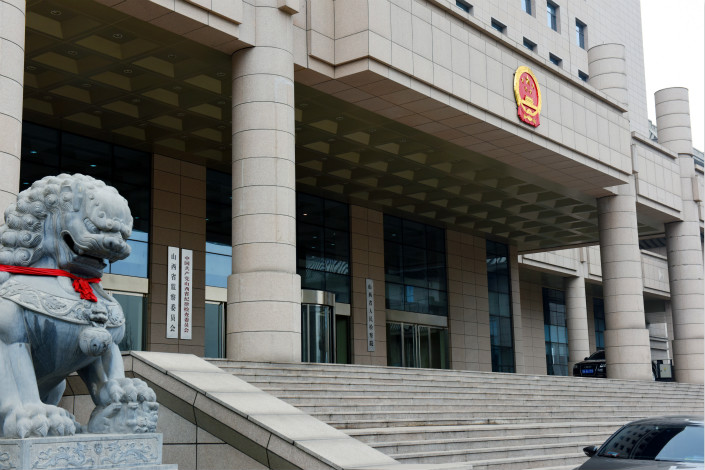 General Secretary Xi Jinping said a new supervisory commission arrangement based on a nationwide network of special commissions, which has been tested on a pilot basis since November in the northern province of Shanxi (pictured), will replace the extralegal “shuanggui” system used to detain Communist Party members. Photo: Visual China

The ruling Communist Party is moving to address controversies over an extralegal detention mechanism for party members that’s long been criticized for going too far.

In a report to the party’s national congress on Wednesday, General Secretary Xi Jinping pledged to replace the so-called “shuanggui,” or “dual designation,” system through which cadres accused of violating party discipline rules can be detained without police or court involvement.

The shuanggui system gives the Communist Party power to control rogue cadres in public offices and state companies beyond more visible means of legal control via its tight grip on courts and prosecutors.

The extra-legal mechanism, which was outlined in a 1994 party document released by the Central Commission for Discipline Inspection, has long been decried by judicial rights advocates and legal professionals as unlawful.

Speaking in Beijing, Xi said a new supervisory commission arrangement based on a nationwide network of special commissions will replace the shuanggui system within the boundaries of “responsibilities, powers and means of investigation in accordance with the law.”

The commissions are to function at the national, provincial, city and county levels, said Xi’s report. They will work alongside existing party discipline inspection commissions in shared offices.

Xi’s comments provided the clearest sign to date that the party intends to part with shuanggui, an apparatus that “requires a party member under investigation to cooperate with questioning at a designated place and designated time,” according to his report.

It’s unclear whether critics of the system will be satisfied with the changes. One academic expressed skepticism over the new system, arguing that policymakers must do more to protect public servants by taking lessons from shuanggui’s shortcomings.

Indeed, according to Li Yongzhong, former vice president of the Chinese Academy of Discipline Inspection and Supervision, the new commissions will mirror the existing party discipline inspection and anti-graft apparatus as extralegal operations outside the judicial system.

Li called for party officials to “clarify the new detention mechanism” by determining whether detained cadres in the future will be handled through judicial or administrative means.

Supervisory commissions must also guarantee detainee rights by clearly spelling out whether they qualify for access to legal support, lawyers and-or family members, said Li, who is also an expert on China’s ongoing anti-corruption campaign.

In the past, Li said, shuanggui may have been necessary as a tool for fighting corruption. But he said the party should abandon the extralegal mechanism for the sake of rule of law.

The supervisory commission has been tested since November 2016 on a pilot basis in Beijing, the northern province of Shanxi and eastern Zhejiang province. However, little information about the pilot projects has been released. Neither is it clear how the commissions are working with prosecutors and discipline inspection commissions.