Debate on Royalties for Dead Is Alive and Well in China 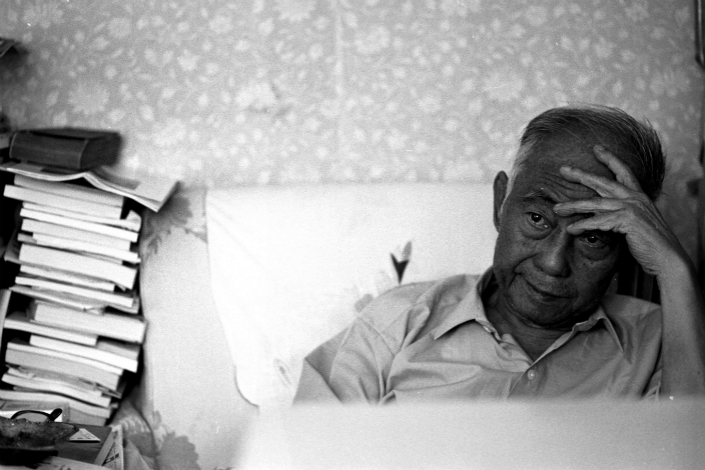 The works of novelist and poet Wang Zengqi, who died in 1997, are the focus of the country’s first-ever lawsuit that seeks to enforce a posthumous copyright. Photo: IC

(Beijing) — The family of a famous Chinese writer is suing the country’s biggest academic research database for allegedly failing to pay posthumous royalties.

The daughter of Wang Zengqi, a novelist and poet who died in 1997, has accused the China National Knowledge Infrastructure (CNKI) — an online library for academic works that is widely used by scholars, policymakers and think tanks — of violating her father’s intellectual property rights.

It’s the country’s first-ever lawsuit that seeks to enforce a posthumous copyright. According to China’s Copyright Law, authors are entitled to royalties during their lifetimes and 50 years after their deaths. But the CNKI, a database administered by Tsinghua University and supported by the ministries of education and science and the Communist Party’s Publicity Department, had allegedly offered access to Wang’s short story “Ordained into Monkhood” for over a decade without prior permission from the Wang family or paying royalties, court documents showed.

“The CNKI habitually ignores copyrights. My father’s work is just one among many illegally exploited creations,” the daughter, Wang Zhao, told Caixin. “If we win the lawsuit, I think it will serve as a warning to others.”

Wang Zengqi, a famous contemporary Chinese author from Jiangsu province, is known for his poetic novels, dramas and folk tales, including “Collection at Four-o'clock,” “Passing River” and “Collection of Wancui.”

The China Written Works Copyright Society, a state-backed nonprofit with over 500 novelists, lyricists and screenwriters, has filed the lawsuit on behalf of Wang Zhao at the Haidian District People’s Court in Beijing.

The organization is seeking 50,000 yuan ($7,530) in damages and 10,000 yuan to cover legal fees for the unauthorized distribution of Wang Zengqi’s most celebrated work, which explores the relationship between Buddhist monks and their followers in rural China.

“Wang’s case is just the first step. We are preparing another lawsuit that will be filed before year-end,” Copyright Society CEO Zhang Hongbo said. “According to complaints from our members, almost 25,000 works, written by more than 100 people, are illegally published on the CNKI without prior permission or remuneration.”

China has been tightening rules to protect intellectual property rights since 2011, but enforcement remains lax. The total number of civil lawsuits involving copyright violations grew nearly 25% to 136,500 cases in 2016 compared with the previous year, government data showed. Recent high-profile cases include Walt Disney Co. successfully suing a studio in Fujian province that ripped off characters from its famous “Cars” franchise, and the Motion Picture Association of America taking a major Chinese video-sharing site to court for hosting pirated content.

Wang’s case represents a rare case when a major government-backed project is taken to court for intellectual property rights violations. The CNKI’s collection, similar to JSTOR (short for “Journal Storage”) in the U.S., is also used by some foreign universities, including those in North America, Japan and North Korea, according to its official website.

During the trial on Sept. 10, a lawyer representing China Academic Journals Electronic Publishing House Co. Ltd., a company linked to the CNKI, said the defendant had attempted to find the copyright owner to pay royalties, but had failed because there was no national system to track those who inherit intellectual property after creators are deceased. “The China Copyright Protection Center doesn’t provide a service to transfer royalties to creators or rights holders. We have no way to pay.”

Although the hearing is over, the judge hasn’t set a date to announce a ruling in Wang’s case. A ruling in favor of the deceased writer’s family could affect China’s academic community as it forces online research databases to remove licensed works published without prior permission or royalties to content creators.

The case has triggered a heated debate on whether an online database had to seek permission or pay royalties to republish content that was already published on a journal, newspaper or other public platform. Legal experts are divided on the issue.

In November 2000, the Supreme People’s Court issued a set of regulations that said online media platforms are able to republish works from others that have already been published on newspapers or magazines after paying royalties unless the author has clearly forbidden any republication. However, the regulation didn’t clarify whether the payment should be made to the original content creator or the third-party magazine or journal that had first published the work. Because of its vagueness, the regulation was abolished in 2006.

This had allowed online platforms to republish content after getting permission from publication companies without contacting the copyright owner. The lawyer for the CNKI, who wished to remain anonymous, told the court that the online library had paid royalties to Peking Literature, a journal that had published Wang’s short story and has uploaded the work onto its database before the rules were changed.

But the CNKI failed to produce any evidence during the trial that they had paid royalties to Peking Literature.

The organization’s lawyer also declined to comment on why the online research library failed to comply with new rules issued in 2006 that said authorization was required from copyright owners to republish the works.

In April, 2015, China’s National Copyright Administration tightened the rules, saying “when online media platforms republish works from other publications, copyright owners must give permission and must be paid,” it said. “Magazines and newspapers are exempt from this requirement.”

Yang Ming, a professor at Peking University Law School, said, “It is a huge problem (in terms of economic losses) if the online platform is unwilling to pay copyright owners. Under the Copyright Law, newspapers or magazines can cite works openly published by other publications. But online libraries like the CNKI are not exempt from getting permission and paying royalties.”

But other experts say it is impractical to enforce such strict copyright laws in a digital age given the short publication deadlines.

Lai Xiaopeng, a professor at China University of Political Science and Law, is calling for more flexibility. He proposes creating a collective-copyright management system that allows online platforms to deal with one central organization instead of having to hunt down individual IP owners.

“It’s useful to encourage a third-party organization like the Copyright Society to manage copyrights collectively,” Lai said. “The collective copyright management center can sign contracts with online publications to protect the rights of its members. This would allow cut down the time wasted on seeking permission from individuals.”