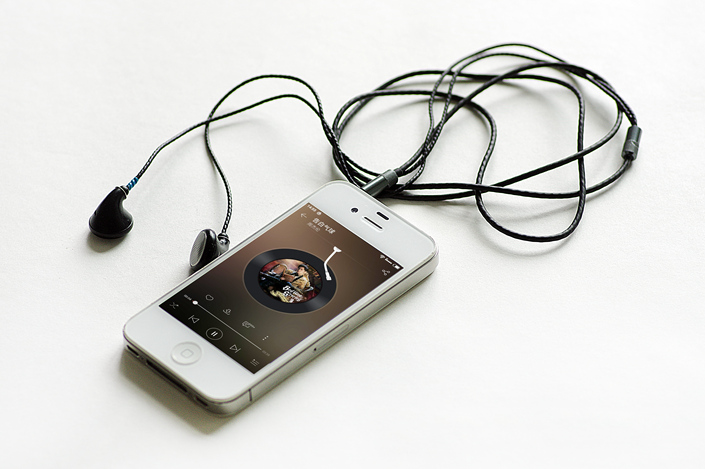 The National Copyright Administration (NCA) met this week with representatives from 20 music companies and advised them against giving streaming platforms exclusive rights to songs from their libraries. Photo: IC

The National Copyright Administration (NCA) met this week with representatives from 20 music companies, including heavyweights like Universal Music Group and the China Record Corp., according to a statement on the NCA’s official WeChat account.

The NCA, part of China’s State Administration of Press, Publications, Radio, Film and Television, asked music companies to promote the “widespread dissemination” of music and the “healthy development of the industry.”

Music companies should avoid giving streaming platforms exclusive rights to songs from their libraries, and should not allow price gouging and bidding wars between platforms, the NCA said.

That same day, Tencent Holdings Ltd. and Alibaba Group Holding Ltd. announced a landmark music-sharing deal that will allow users of both companies’ platforms to access songs previously held exclusively by only one company.

The NCA’s warnings come after years of vicious competition and copyright disputes between online music streaming services. In August, Tencent Music and NetEase sued each other for the second time in the two years over alleged copyright infringement after China banned unlicensed music streaming. In 2015, KuGou (now owned by Tencent) and Alibaba were also involved in a legal back-and-forth over music rights.

At the same time, music licensing fees have skyrocketed, with music licensing revenue in China’s new media sector increasing 204% in 2015 alone, according to figures from the Communication University of China.

But in the same year, the average person in China paid the equivalent of a total of only 10 U.S. cents for music, according to the International Federation of the Phonographic Industry. Music streaming platforms offer most of their services for free, and are now trying to find ways to recoup hefty licensing fees. Tencent Music, owner of China’s three largest online music platforms, is planning a $10 billion initial public offering.