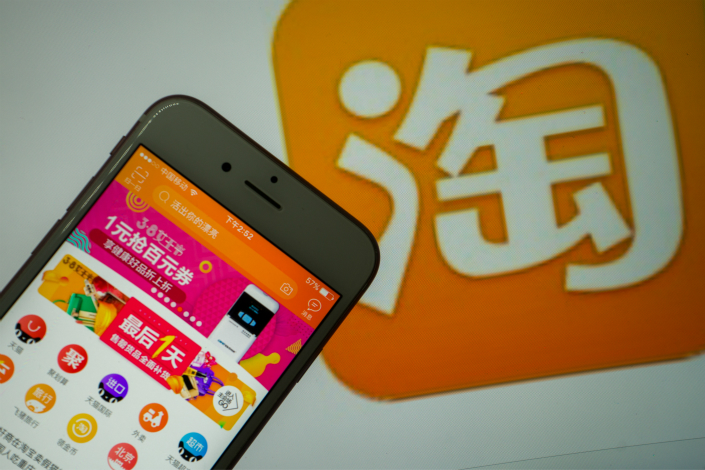 China’s cybersecurity regulator is frowning upon the lax supervision of goods sold on tech giant Alibaba’s popular online shopping site, faulting the company for repeatedly selling items that have been banned.

The Zhejiang branch of the Cyberspace Administration of China (CAC) met with and rebuked Alibaba Group Holding Ltd.’s online retail site, Taobao, for selling virtual private networks (VPNs) and other items, part of an extended campaign to tighten controls over the internet and curb services that allow users to access sites blocked on the Chinese mainland.

Online authorities said they were displeased with the availability of what they called forbidden “network hacking tools,” according to a statement Thursday on the CAC’s social media account.

Searches on Taobao for terms such as “VPN,” “fanqiang” — meaning “firewall-breaching” — and “scientific web-surfing,” a euphemism for circumventing internet controls, have all been blocked by the e-commerce giant. But VPNs are still attainable on the site, which also rents llamas for petting events and sells a male sex doll that resembles soccer icon David Beckham.

The cybersecurity watchdog issued a warning to Taobao, ordering it to “rectify” and remove the illicit goods, punish the merchants, and scrutinize the broader site for other items that are prohibited.

Such merchandise includes dummy seatbelt buckles to disable the alarms that some of the safety devices contain; imitation guns and other weapons; pornographic publications; and even salt, which national law restricts from being sold across provincial-level areas.

Taobao has apparently been negligent in enforcing its list of prohibited goods, and though the exact keywords for the banned goods have been blocked, they are still purchasable if the consumer knows which related search words, often homonyms, to use.

The notice said that Taobao representatives promised to comply with the authority’s requests.

The CAC office in Zhejiang, where Alibaba and many other large internet firms are based, also gave other companies in the province a slap on the wrist for failing to comply with cybersecurity laws. These companies include stock information provider Hithink Flush and Alibaba-affiliated music streaming service Xiami.com, which were reprimanded for carrying content deemed “vulgar and for passing on wrong values.”

Also summoned to the regulator’s offices were a site where users can dub their voices over their favorite movie clips, and an e-commerce site selling high fashion items and cosmetics. These two were charged with violating regulations over “user registration” — though details of this were not given.

Over the past few months, China’s internet regulators have been taking proactive measures to “clean up” the internet, shutting social media accounts heavy on entertainment and paparazzi content and enforcing guidelines to remove unlicensed VPN services.