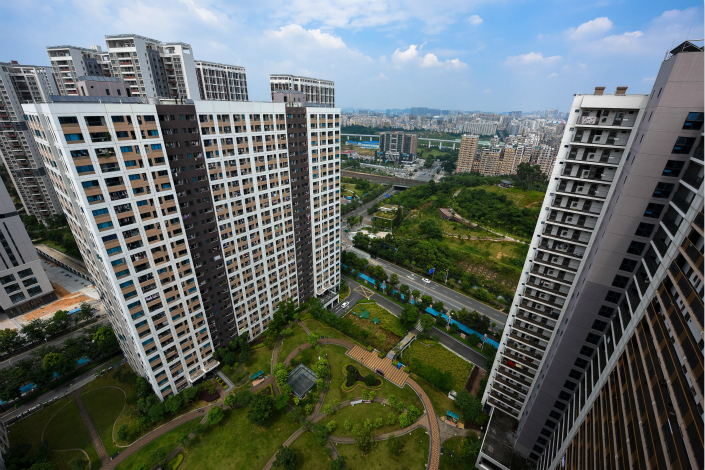 The number of rental homes advertised on a single online rental platform has grown to nearly double the 2,800 residential properties sold in Shenzhen in October. The situation shows how China’s real estate developers are shifting their business model from selling property to leasing property. Photo: Visual China

Government measures to curb the growth of home prices have pushed real estate developers in Shenzhen to adjust their business model and rent out new properties rather than sell them outright.

Nearly 5,500 apartments — most of which were initially on sale — were available to rent on Rongjian Home, an online service launched by China Construction Bank earlier this month to help tenants in the southern tech hub find rentals.

China’s second biggest bank said it was partnering with 11 developers including Country Garden, China Vanke and Shenzhen-based Galaxy Real Estate Group to increase the stock of rental homes in the boomtown, whose property market has sizzled in recent years due in part to speculation.

Real estate companies have been reluctant to rent newly built homes because it takes longer to recover their investment. But the number of rental homes advertised on the bank’s platform alone has grown to nearly double the 2,800 residential properties sold in Shenzhen in October, showing a shift in developers’ business model.

The shift in strategy was prompted by government measures to throttle back growth in home prices.

Real estate developers don’t want to sell homes at prices lower than they had anticipated. Taking advantage of current policies that encourage the development of the rental market, they have poured new inventory into the market, said a person in the real estate business, who wished to remain anonymous.

China’s rental market has long been underdeveloped and remains largely unregulated. But the country is beefing up efforts to develop it after President Xi Jinping reiterated that “houses are for living in, not speculating on” during the 19th National Party Congress, which laid out the road map for China’s future development.

In October, the State Council announced the first-ever nationwide guidelines for China’s rental industry. The guidelines came three months after the government announced pilot programs in 12 cities such as Shenzhen to try out strategies to support the home rental market.

The government has also been encouraging banks to work with real estate developers to bolster property market liquidity and expedite capital inflows. For example, China Construction Bank has signed 20-year lease right transaction agreements with several developers, allowing them to quickly recover the cost of land purchasing and construction, at least in part.

Shenzhen is also considering allowing real estate developers to sell or lease their properties in bulk. The city government hinted at this policy in a draft guideline for accelerating development of the rental market. The draft was released for public comment in August.

“Young people who rent flats now will buy a home in several years. In the course of providing rental housing services to them, (we) want to cultivate a sense of brand recognition so that we can sell our properties to them in future,” he added.