By Lu Bingyang and Li Rongde 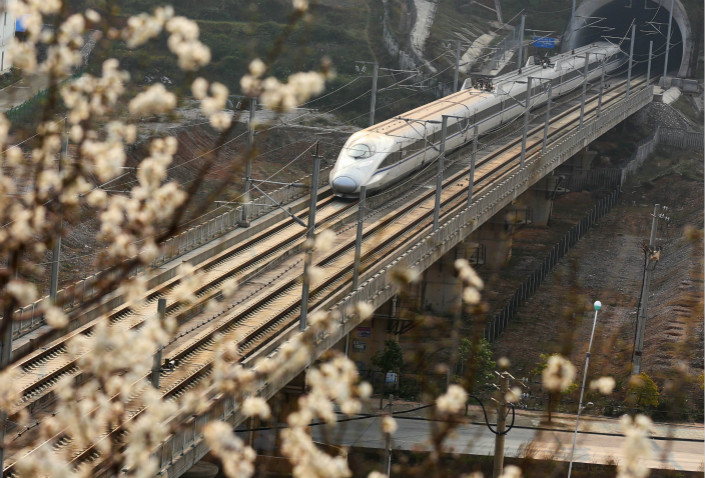 A unit of one of China’s largest construction companies has been fined more than 1 million yuan ($151,000) for the shoddy quality of its work on a high-speed rail line.

A subsidiary of state-owned China Railway Construction Corp. Ltd. (CRCC) was penalized after its faulty engineering caused water to leak into several tunnels along the Shanghai-Kunming high-speed rail line, according to a recent statement from the National Railway Administration (NRA).

A company contracted with quality control over the project was also fined 520,000 yuan for negligence, and executives and employees from both firms were slapped with a total of nearly 80,000 yuan in penalties.

The problems were discovered during an inspection by the NRA in September, according to an administration employee who asked not to be named.

The inspection was part of a broader clampdown targeting rogue contractors. The crackdown has implicated several subsidiaries of CRCC and China Railway Group Ltd., the country’s top two rail-line construction companies, according to the employee.

The CRCC subsidiary — China Railway ERJU 6th Engineering Co. — was found to be flouting requirements laid out in the line’s design and in industry standards as a way of cutting corners, according to the source. The defects in the tunnels were so severe that they undermined safe passage of the bullet trains, the person said.

Most of the poorly built tunnels are along sections of the line in the southwestern province of Sichuan. Trains traversing the affected areas were forced to lower their speed while passing through those sections, according to an employee at the Chengdu unit of the NRA.

In addition to the fines, the NRA will hold the companies liable for costs to repair the leaks and for other losses. The violations may also affect the firms’ credit ratings, the Chengdu source said.

The 2,252-kilometer (1,399-mile) rail link opened to train services at the end of 2016, cutting travel time from Shanghai to Kunming — in Southwestern China’s Yunnan province — from 30 hours to about 11.