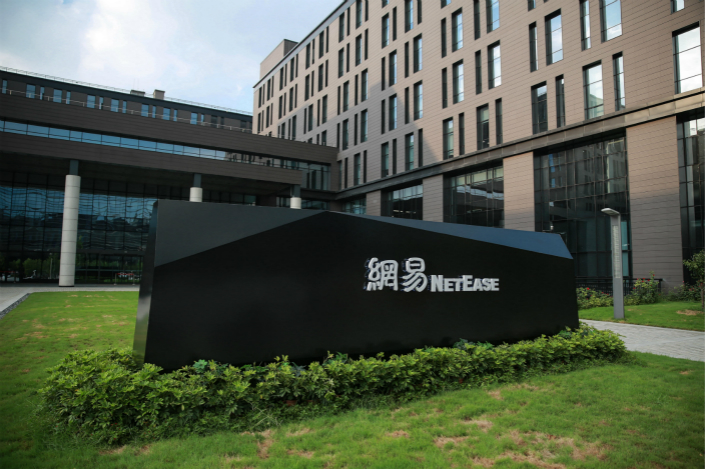 Internet giant NetEase Inc. reported on Thursday a 7.8% drop in net profit in the third quarter to $379.9 million compared with the same period last year, as gaming revenues slid for the second straight quarter.

Total revenue in the third quarter rose 35.5% over the same period a year ago to $1.88 billion. Much of it came from sales of online game services, which grew 24% year-on-year to $1.2 billion.

But gaming revenue has decreased 14% from the second quarter, as its mobile game offering Onmyoji saw a decline in domestic performance while NetEase’s new games including the Japanese-themed RPG Index and the Chinese release of iconic sandbox game Minecraft have not yet monetized and generated profits.

Its rival Tencent Holdings Ltd. on Wednesday reported a better-than-expected net profit in the third quarter. The most valuable company in Asia has developed the survival-themed mobile game Passion Leads Army — similar to the smash hit Player Unknown’s Battlegrounds — which may draw customers away from NetEase’s games.

“No need for investors to be too worried, since NetEase has more than a decade of experience in developing games,” said NetEase CEO Ding Lei during a teleconference for analysts.

NetEase’s e-mail and e-commerce businesses saw the greatest expansion of any of the company’s interests. Their combined revenue grew 79.5% from the third quarter of 2016 to $561.3 million, amid the growth of NetEase’s e-commerce platforms Kaola and Yanxuan.

NetEase will focus on customer service and branding before bringing outside investors into its e-commerce business, said NetEase Chief Financial Officer Yang Zhaoxuan.

The company said Kaola targets higher-end buyers and that next quarter the results of its e-commerce business might be posted separately.

NetEase has also stepped into the field of artificial intelligence (AI), pouring capital into developing AI applications for its dictionary and music services. Ding discouraged over-excitement about the new technology though, singling out driverless cars for criticism.

“China hosts more than 10 driverless automakers, but no one can produce a car that is qualified to drive on a highway,” Ding said.