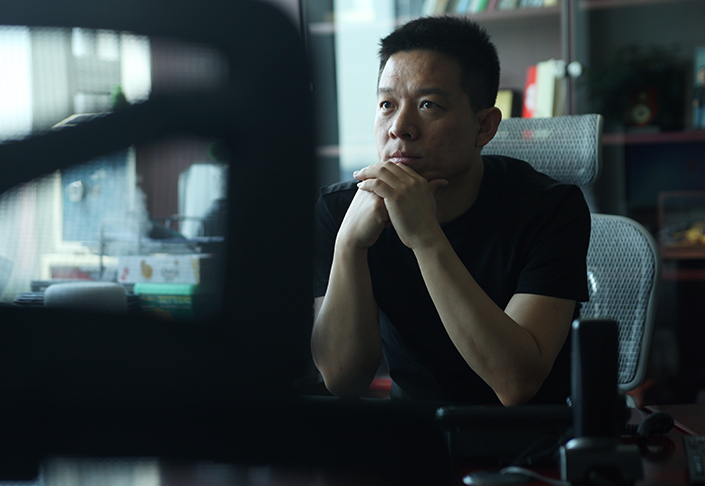 Struggling smartphone-maker Coolpad said that the resignation of Jia Yueting (pictured in 2013) from its board took effect on Friday, but did not elaborate on the reasons for his departure. Photo: IC

Struggling smartphone-maker Coolpad Group Ltd. said Jia Yueting, founder of its controlling shareholder LeEco, has resigned as the company’s executive chairman and director, four months after making a similar exit from most of his roles at LeEco.

Coolpad became part of the LeEco empire in 2015, when Jia hoped to build the company he founded into an integrated provider of entertainment products and services delivered over devices including televisions, smartphones and in cars. But a year-old cash crunch at LeEco has left many of its assets like Coolpad in the lurch and struggling to stay in business.

Coolpad said that Jia’s resignation as executive chairman and company director was effective on Friday, according to an announcement issued late that day. It did not elaborate on the reasons for his departure. The company added that two nonexecutive directors, Liu Jiangfeng and Abulikemu Abulimiti, have also resigned for personal reasons.

The board shakeup comes after Jia also resigned from most of his executive positions at LeEco in July, leaving new investors to clean up the debt-laden company he founded as a provider of online video services.

As its financial woes mounted, Coolpad’s CEO resigned at the end of August. Last month, the company received a financial lifeline from an investor, Centralcon Enterprises Co. Ltd., which purchased $582 million in Coolpad bonds with the option to convert them to company shares at a later date. If it exercises that option, it would become Coolpad’s second largest stakeholder with 16.6% of the company. LeEco would remain the top shareholder, but would see its current 28.8% stake diluted to 24%.

Coolpad’s shares have been suspended since late March.