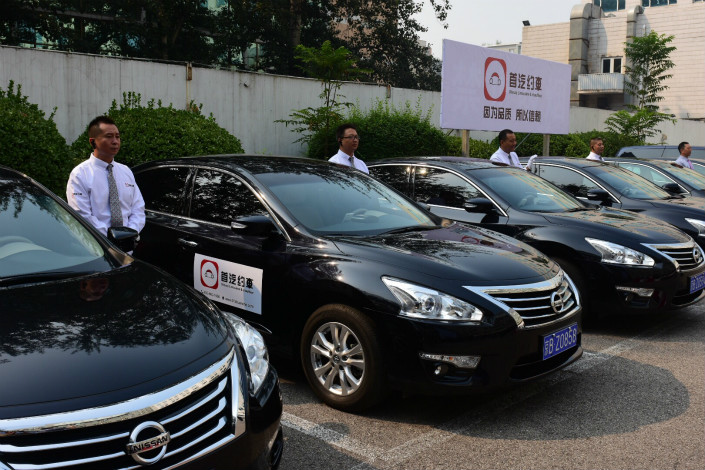 Founded in 2015, Shouqi, which offers both ride-hailing and car-rental services, now operates in 53 cities in China and owns more than 60,000 cars throughout the country. Photo: Visual China

Chinese car-booking service Shouqi has raised $105 million in new funds from a group led by Baidu Inc. and NIO Capital, which may also help the firm develop driverless-car technologies and deploy electric vehicles.

Founded in 2015, Shouqi offers both ride-hailing and car-rental services. It now operates in 53 Chinese cities and owns more than 60,000 cars throughout the country, the company said.

A national law that legalized the ride-hailing industry last year increased requirements for companies and private drivers. For instance, drivers must now be local residents with locally registered vehicles.

The regulations have had little effect on Shouqi, as most of its vehicles are registered and its drivers are local residents.

Although Shouqi boasts more than 20 million users, including over 2.4 million active users, the company lags far behind rival Didi Chuxing, according to company CEO Wei Dong.

As a result, the company has adopted a “differentiation strategy,” Wei said, focusing on high-end costumers that are usually neglected by competitors.