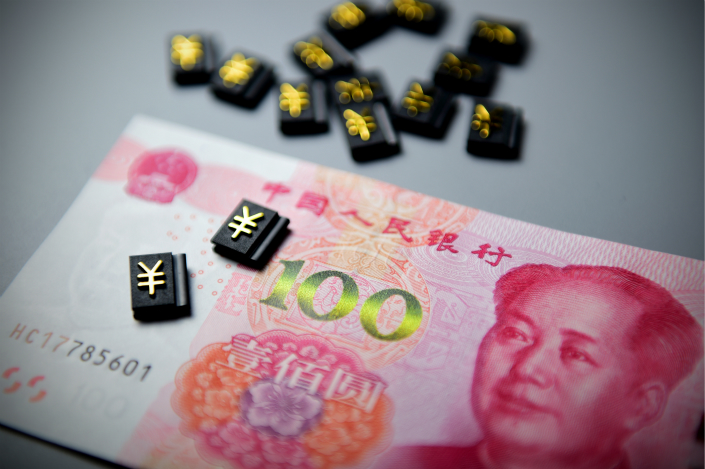 The risks of unsecured short-term loans in China are ballooning along with their size, despite government curbs to rein in online lending.

These loans have already surpassed the 1 trillion yuan ($151 billion) mark, according to statistics compiled by research firm Wangdai Zhijia — Chinese for “Online Lending House.” It projected that the total amount of unsecured short-term loans in 2017 is set to be six times more than in 2016.

The explosive growth of online loans in recent years has been worrying the Chinese government and regulators. Credit risks are building up, as borrowers have been found taking out loans from one lender to roll over previous loans from another, snowballing their debt. Reports of improper sales and loan-collection efforts, as well as ultra-high interest rates are also rife in the fledging sector. Without a standardized assessment of borrowers’ risk profiles, social problems have also emerged.

As of Sunday, there were 2,693 online platforms offering short-term loans to nearly 10 million clients, according to China’s National Committee of Experts on the Internet Financial Security Technology, a government-backed industry organization.

The average size of such a loan was 1,400 yuan, according to the committee’s report.

Most “cash loan” platforms, defined as those that offer unsecured loans with loan periods of six months or less, charge annualized rates of interest that exceed 100% despite advertising seemingly low daily interest rates, according to the committee’s report. These loans come with high interest to cover the high rate of default that in turn comes with providing unsecured loans to individuals who are unable to get them from banks.

Others lay on an assortment of fees for account management, information verification, transaction facilitation and risk guarantee funds, while advertising a low overall interest rate, the committee said.

Because of easy access to loans, clients are typically low-income individuals that find it difficult to get loans from the formal banking system. Threats and even violence are often used to claim outstanding loans.

The committee’s report said that 1,044 platforms for short-term unsecured loans operated through websites, 860 through WeChat public accounts and 429 through apps.

Following years of nearly unchecked growth, the central government first started addressing the risks arising from the internet financing sector in April 2016, with the goal of protecting consumers from predatory lending, ensuring the adequacy of the lenders’ capital, and restraining lenders from taking risky behavior.

Earlier this year, regulators required online lenders to complete self-checks on risky operations before March, but people familiar with the matter told Caixin that the regulator later extended the deadline to June 2018.