China Not Phoning It In on Race to 5G 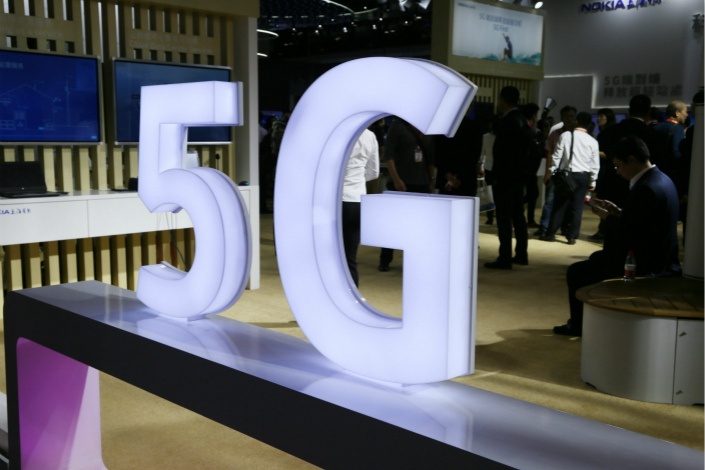 China's three major wirelesss carriers plan to spend $180 billion collectively on 5G networks over the next 10 years, according to one analyst estimate. Photo: IC

China gave the latest signals this week that it intends to be at the forefront of the next generation of mobile communications, reversing years of a previous policy that saw it typically lag behind, as it tries to wield greater influence in the development of new technologies.

One of the new signals came from the Ministry of Industry and Information Technology (MIIT), China’s telecoms regulator, which said it has officially launched the third stage of trials for fifth-generation (5G) networks expected to replace current 4G technology in global markets starting in 2019.

The ministry said the new trials aim to speed China’s move to the commercialization of the technology that will facilitate data transfer rates of up to 100 megabits per second in major metropolitan areas. That will boost efficiency for functions like video streaming and pave the way for a new generation of functions with big data requirements.

“(The new trials) are aimed at promoting organizational coordination, encouraging research and development and testing between domestic and international companies, in order to lay a solid foundation for the realization of commercial 5G service, and to contribute to the global advancement of 5G technology and the industry’s development,” the MIIT said in a statement on its website on Thursday.

In another major signal of the country’s intent, state broadcaster CCTV reported on Friday that China’s three major wireless carriers, China Mobile, China Unicom and China Telecom, all plan to roll out the initial commercial version of 5G mobile networks next year and will scale up from there.

The latest signals continue Beijing’s trend of aggressively pushing 5G, which could see commercial service launch as soon as 2020, said Edison Lee, an analyst at Jefferies. Such an aggressive rollout, within a year or less of peers in major Western markets, would break sharply with the past when China was typically at least two to three years behind.

Such delays were largely due to conservatism by the MIIT, which wanted to wait for the technology to mature before making major investments usually totaling more than $100 billion by the nation’s big three carriers. Lee said he forecasts the trio will spend $180 billion collectively on 5G networks over the next 10 years.

China has sought to have a greater say in development of 5G technologies after spawning some of the world’s top networking equipment makers, most notably Huawei Technologies Co. Ltd., and evolving into the world’s largest wireless market, with around 1.3 billion subscribers. Such a role opens the door for local companies to develop new technologies that can be used in their own equipment and consumer products and also licensed to others.

“It’s the first time that China could participate in setting a global telecom standard and various Chinese entities have aggressively contributed to the standard so that China will likely own a decent patent share in 5G, maybe 15% to 20%,” Lee said. “It will help China become a leader of the global supply chain. Moreover, China has ambitions plans in utilizing the 5G networks to provide industrial IoT (internet of things) services, promote cloud computing and big data for all major industries.”

China is expected to become one of the fastest adopters of 5G when new services start to launch in the next few years, accounting for more than half of all subscribers by 2022, according to a report released last month by London-based CCS insight.

Other countries will catch up after that, but the nation is still expected to account for about 40% of all 5G connections by 2025, CCS forecast.

“We see China playing a far more influential role in 5G than it did in 4G,” said CCS analyst Marina Koytcheva. “China will dominate 5G thanks to its political ambition to lead technology development, the inexorable rise of local manufacturer Huawei and the breakneck speed at which consumers have upgraded to 4G connections in the recent past.”