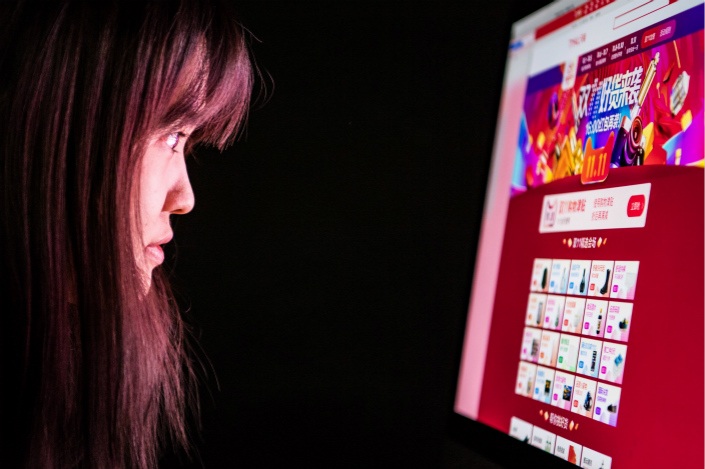 The Chinese government has been stepping up efforts to police its online retail market, the world’s largest in terms of transactions. Earlier this month, the national legislature passed revisions to the Anti-Unfair Competition Law that take aim at false or misleading online marketing. Photo: IC

The legislation, which will oversee a wide range of online activities of both buyers and sellers, aims to offer better and more institutionalized protection of consumers amid the exponential growth of online businesses in recent years.

The Chinese government has been stepping up efforts to police its online retail market, the world’s largest in terms of transactions. Earlier this month, the standing committee of the National People’s Congress (NPC) passed revisions to the Anti-Unfair Competition Law, which takes aim at false or misleading online marketing.

The draft e-commerce law has recently passed its second readings at the National People’s Congress, the country’s top lawmaking body, the Economic Information Daily reported Tuesday, citing officials familiar with the matter. The paper, affiliated with the Xinhua News Agency, said there will be at least one more reading before it becomes law.

After the second reading, the draft law went through revisions, according to the NPC website.

In the latest draft, online businesses will be required to register with “industrial and commercial administrative departments” as well as the tax bureau. Exceptions will be granted to sellers of agricultural products, handmade crafts or services aiming at providing convenience to the general public.

The latest draft will also ban false or misleading advertising, sales data, user comments and awards. Specifically, paid search results must be labeled as advertisements. Other conduct of e-commerce platforms, including their pricing practices, will also be regulated.

Shi Jianzhong, vice dean of China University of Political Science and Law, was quoted by the Economic Information Daily as saying some e-commerce platforms are trying to be both “athlete and arbiter,” meaning they want to be both the regulator and the regulated at the same time. This would hurt the e-commerce industry, on which the real economy is growing increasingly reliant, Shi added.

China is the largest online retail market in the world. In 2016, the value of merchandise and services traded on e-commerce platforms reached 26.1 trillion yuan ($3.92 trillion), up 19.8% from a year ago, according to data from the Ministry of Commerce. The e-commerce industry and related sectors are employing 37 million people, the ministry said.